How much is Erin Moran Worth?

Erin Moran net worth: Erin Moran was an American actress who had a net worth of $50 thousand at the time of her death. She was best known for playing Joanie Cunningham on Happy Days. Unfortunately, Erin Moran died on April 22, 2017 at the age of 56.

Erin Marie Moran was born in Burbank, California in October 1960. As a child she was cast in the TV show Daktari from 1966 to 1969. Her first major film role came in 1968's How Sweet It Is! Moran appeared on The Don Rickles Show, My Three Sons, Family Affair, and Gunsmoke. She was cast as Joanie on Happy Days in 1974. She starred in the spin-off Joanie Loves Chachi in 1982-83 and then returned to Happy Days for the final season. For her role in Happy Days she made between $650 to $900 per episode in the first three seasons. She has also appeared in the TV shows Murder, She Wrote, The Love Boat, and Diagnosis: Murder. She was a contestant on the VH1 show Celebrity Fit Club in 2008. Moran and four Happy Days co-stars sued CBS claiming they had not received payments for merchandising revenues owed to them. Each ended up receiving $65,000 and will continue to receive any merchandise revenue owed to them. She has also appeared in the films Dickie Roberts: Former Child Star and Not Another B Movie. In 2010 her home in Palmdale, California was foreclosed on and she was evicted. 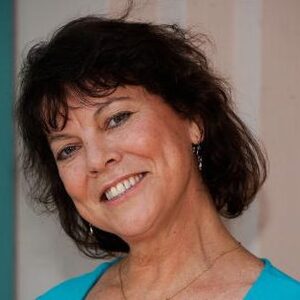