Erin Daniels Net Worth: Erin Daniels is an American actress who has a net worth of $1.5 million. Born in St. Louis, Missouri, in 1973, Erin Daniels earned her degree in art from upstate New York's Vassar College in 1995. After graduation, Daniels moved to New York City to pursue a stage career.

She appeared in Off-Broadway productions before a part on the TV series "Action" required her to move cross-country to Los Angeles. In 2002, she landed the role of Maya Burson in the movie "One Hour Photo" before appearing in "Wheelmen", "House of 1000 Corpses", "A Single Man", "Few Options", "The Sitter", and "The Bling Ring". In 2004, Daniels scored her best-known role to date as Dana Fairbanks on Showtime's series "The L Word". As Fairbanks, she appeared on almost 40 episodes on the show, and her acting is credited with inspiring someone to make an anonymous one-million-dollar donation to the Dr. Susan Love Research Foundation, which studies breast cancer. Daniels' other TV credits include "Dexter", "Jericho", "CSI: NY", "Saving Grace", "Swingtown", "CSI: Crime Scene Investigation", and "Rizzoli & Isles". In 2002, Daniels was awarded with the Emerging Star Award at the St. Louis Film Festival. She and her husband, producer Chris Uetwiller, have been married since 2008, and they have two children together. 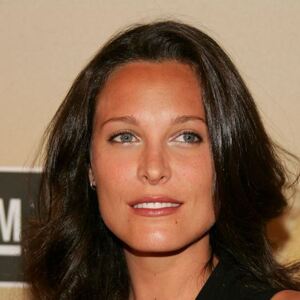