How much is Erika Slezak Worth?

Erika Slezak Net Worth and Salary: Erika Slezak is an American actress who has a net worth of $14 million. She is probably best-known for her role as Victoria Lord on the American daytime soap opera One Life to Live. She is one of the longest-serving serial actors in television history. As of this writing she has won six daytime Emmys.

Erika Slezak was born on August 5th, 1946 in Hollywood, California. She comes from a long line of established actors. Her father is the late Walter Slezak, who starred in numerous films and on Broadway. At age 17, she became one of the youngest individuals ever accepted into London's prestigious Royal Academy of Dramatic Art. She graduated from there in 1966. She established herself in theatre by being a member of the Milwaukee Repertory Company for three seasons. In 1971, she auditioned for the role of Nurse Mary Kennecott on the ABC soap opera All My Children. Although she did not get that role, the network offered her the role of Victoria "Viki" Lord Riley on One Life to Live.

She won six Daytime Emmy Awards for her portrayal on One Life to Live. Her daytime Emmy Awards in 1984, 1986, 1992, 1995, 1996 and 2005 for her outstanding portrayal of Victoria Lord on 'One Life to Live.' Other than One Life to Live, she has starred in the TV movie Full Circle. She has also appeared in the series Special Unit 2, playing a mother in the episode titled "The Years" in 2001. In November 2002, she was inducted into the National Academy of Television Arts & Sciences' Silver Circle. In 2011, it was announced One Live To Live was to be cancelled. On November 23, 2011, Prospect Park executives announced that they would not be financially able to go forward with having One Life to Live and All My Children playing on the Internet.

She is married to Brian Davies, and is the mother of two children. 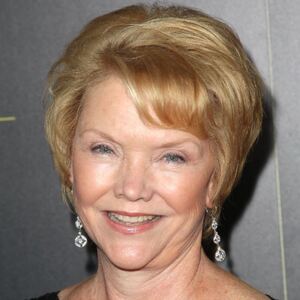