How much is Erika Christensen Worth?

Erika Christensen net worth: Erika Christensen is an American actress who has a net worth of $10 million. Erika Christensen has appeared in films like Traffic, Swimfan, The Perfect Score and How to Rob a Bank, among others. She also co-starred in the short-lived drama Six Degrees and starred on the hit television program Parenthood from 2010 to 2015. Erika Jane Christensen was born on August 19, 1982 in Seattle, Washington. She is the daughter of Kathy, a construction manager, and Steven, an insurance worker/human-resources executive. She has an older half-brother, Nick, and two younger twin brothers, Dane and Brando. Christensen was raised in Los Angeles, California and started out on television in commercials for McDonald's. Christensen had several small roles in various television programs before starting her movie career in 1997. Guest spots on television shows followed closely behind. Christensen popped up everywhere including prime time heavy hitters like Frasier, Nothing Sacred, The Practice, 3rd Rock from the Sun, and Touched by an Angel. She was named one of People magazine's "Breakthrough Stars of 2001". She also received awards for Female Breakthrough Performance at the MTV Movie Awards, Female Standout Performance at the Young Hollywood Awards, and Outstanding Performance by a Cast Ensemble at the SAG Awards, for her performance as a cocaine addict in Traffic. In 2005, she briefly went into music as she recorded a version of "Let's Fall in Love" with John Stevens for his debut album Red. She is a lifelong member of the Church of Scientology. In 2014 she won a Gracie Award for Parenthood. 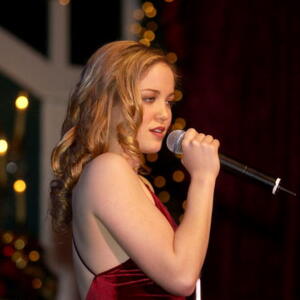