Erika Alexander net worth: Erika Alexander is an American actress who has a net worth of $3 million dollars. She is most remembered for her role in the Cosby Show, where she played Pam Tucker, a distant cousin of main character Clair Huxtable. Alexander kept a recurring role on the show, but when on to appear as more prevalent characters throughout the 80s and 90s.

Having grown up one of six children in Philadelphia, Alexander is now married to to artist/screenwriter Tony Puryear; the duo was joined in 1997. Some of Alexander's other notable roles include attorney Maxine Shaw on Fox's Living Single, which ran from 1993 to 1998. And in 1990 she made waves in the civil rights-based film, The Long Walk Home, in which she starred with Whoopi Goldberg. As well as various films and television appearances, including 2014's Last Man Standing, which stars comedian/actor Tim Allen. For her acting work, Alexander has won a number of awards from the NAACP Image Awards. She is also known for her political efforts, having acted as a strong supporter for Hillary Clinton's 2008 campaign in the presidential race. During this time she traveled with Chelsea Clinton and spoke at college campuses in Clinton's favor. 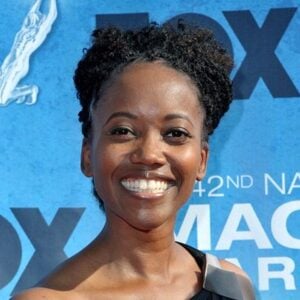