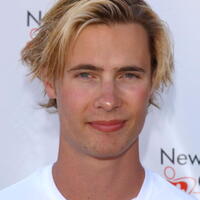 Erik von Detten net worth: Erik von Detten is an American actor who has a net worth of $2 million million dollars. Erik von Detten was born in San Diego, California, and began his acting career when he was still in elementary school, appearing in the film, "All I Want for Christmas" and on the television show, "Days of Our Lives". From there, he went on to a steady career in both film and television projects. He has appeared in such productions as "As Season of Hope", "Kidnapped: In the Line of Duty", "ER", "Leave It to Beaver", "A Stranger to Love", "Christmas Every Day", "You Wish", "Odd Man Out", "So Weird", "The Princess Diaries", "Complete Savages", and "Bones". He is most widely recognized for his voice over work, and has provided voices for such shows and films as the "Toy Story" trilogy, "The Legend of Tarzan", "Recess", and "The Wild Thornberrys".