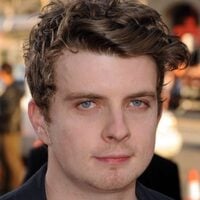 Erik Knudsen net worth: Erik Knudsen is a Canadian actor who has a net worth of $2 million. Erik Knudsen was born in Toronto, Ontario, Canada in March 1988. From 2003 to 2004 he starred as Donovan Mackay on the television series Mental Block. Knudsen starred as Dale Turner on the TV series Jericho from 2006 to 2008. From 2012 to 2015 he starred as Alec Sadler on the series Continuum from 2012 to 2015. In 2017 Knudsen starred as Vic on the television series The Mist in 2017. He has also starred in several films including The Prize Winner of Defiance, Ohio, Saw II, Bon Cop, Bad Cop, Saw V, Saw 3D, Scott Pilgrim vs the World, Scream 4, and more. He has also appeared in episodes of the TV series The Guardian, Degrassi, and more. Erik Knudsen was nominated for Saturn Awards for Best Supporting Actor on Television for Continuum in 2014, 2015, and 2016.