Erik King net worth: Erik King is an American actor who has a net worth of $4 million. Erik King was born in Washington, D.C. in April 1963. He made his acting debut in 1983 starring in the TV mini-series Kennedy. King starred as Wade Carter in the television series The Round Table in 1992.

From 1993 to 1994 he starred as Investigator Bobby Davison in the TV series Missing Persons. King starred as Sonny Toussaint in the series Kindred: The Embraced in 1996. From 2000 to 2001 he starred as Moses Deyell in the television series Oz. King starred as Sgt. James Doakes in the TV series Dexter from 2006 to 2012. He has starred in the films Street Smart, Tomorrow's a Killer, Casualties of War, Cadillac Man, Stay Tuned, Desperate Measures, True Crime, National Treasure, Ice Princess, and more. King has also appeared in episodes of the TV series Spenser: For Hire, Law & Order, Matlock, Diagnosis: Murder, NYPD Blue, JAG, The District, Touched by an Angel, CSI: Miami, The Twilight Zone, Charmed, Malcolm in the Middle, and Burn Notice.  In 2008 he was nominated for a Saturn Award for Best Supporting Actor on Television for Dexter. 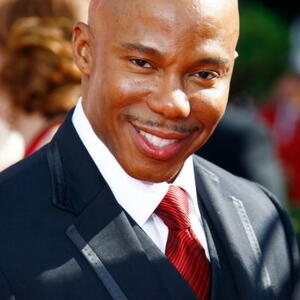