Erik Estrada Net Worth: Erik Estrada is an American actor and reserve police officer who has a net worth of $4 million dollars. Erik Estrada is most widely known for his role as California Highway Patrol officer Frank Poncherello on the NBC police drama "CHiPs." Later, he acted in a few Spanish-language telenovelas, and appeared on various television series, infomercials and reality TV programs. Estrada has also been in movies such as "Hour of the Assassin," "Caged Fury," and "The Naked Truth."

Early Life and Career Beginnings: Erik Estrada was born as Henry Enrique Estrada in 1949 in East Harlem, Manhattan, New York. His parents were Carmen Moreno and Renildo Estrada, both of Puerto Rican descent.

Estrada made his big screen debut in 1970, when he was cast alongside Pat Boone in the film adaptation of "The Cross and the Switchblade." Two years later, he was in the Christian-themed film "The Ballad of Billie Blue," and played an LAPD officer in "The New Centurions," costarring George C. Scott and Stacy Keach. In 1973, Estrada made his debut on television, appearing on an episode of the fifth season of CBS's "Hawaii Five-O."

"CHiPs" and Telenovela Success: Estrada continued his run on television throughout the 70s, appearing on episodes of such popular shows as "Emergency!," "Kojak," "Mannix," "Medical Center," "The Six Million Dollar Man," and "Barnaby Jones." His biggest and most famous role came in 1977, when he was cast in the leading role of Frank "Ponch" Poncherello on the crime drama series "CHiPs." The show, which followed the lives of two California Highway Patrol motorcycle officers, ran for six seasons between 1977 and 1983. During the filming of a scene in 1979, Estrada was severely injured when he was launched from his 600-pound motorcycle; he ended up breaking both of his wrists and fracturing multiple ribs. Later that year, People Magazine named Estrada one of the "10 Sexiest Bachelors in the World."

Following "CHiPs," Estrada returned to television in 1987 to appear in a three-part episode of NBC's police drama "Hunter." The same year, he was on the popular telenovela "Rosa salvaje." The actor's most significant telenovela role came in 1993 with "Dos mujeres, un camino." Costarring with Mexican actresses and singers Bibi Gaytán and Laura Leon, Estrada played the character of Johnny, a trucker from Tijuana. "Dos mujeres, un camino" was originally scheduled to run 100 episodes, but ended up airing over 200, becoming one of the biggest telenovelas in the history of Latin American television. For his role, Estrada was reportedly paid 1 million pesos. 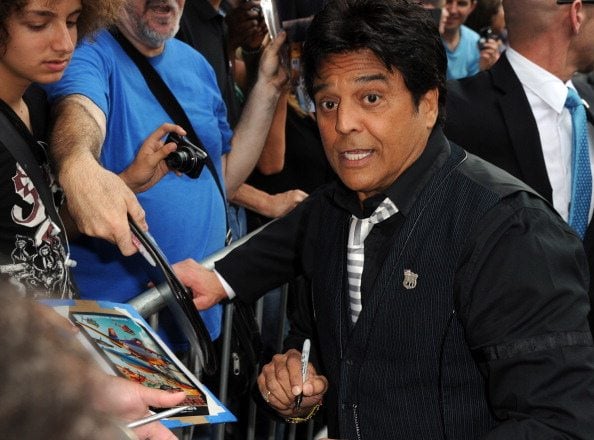 Later Television Career: After "Dos mujeres, un camino" wrapped, Estrada started cohosting "American Adventurer," a syndicated outdoor adventure show that ran until 2004. Throughout the 90s, he made appearances on the shows "Cybill," "Pauly," "Sabrina the Teenage Witch," "Over the Top," "Baywatch," and "Homeboys in Outer Space." At the end of the decade, he reprised his role as Frank Poncherello in TNT's made-for-television film sequel "CHiPs '99," and also lent his voice to the animated shows "King of the Hill" and "Family Guy."

In 2001, Estrada began appearing on the CBS daytime soap opera "The Bold and the Beautiful." Additionally, he landed a regular role doing voiceovers for "Sealab 2021," an adult animated series on Cartoon Network. Other television credits around this time included "American Family," "Drake & Josh," "Scrubs," and "According to Jim." Beyond this, Estrada has also done infomercials for National Recreational Properties and commercials for Burger King. Additionally, he has appeared on numerous reality television series including "The Surreal Life," "Armed & Famous," and Spanish Univision's "Mira Quien Baila." In 2010, Estrada started cohosting "The World's Funniest Moments" with Laura McKenzie.

Film Career: On the big screen in the 70s, Estrada appeared in films including "Airport 1975," "Trackdown," and the war film "Midway." In the 80s, he starred in the British comedy "Where is Parsifal?," with Tony Curtis and Orson Welles; the Italian science-fiction film "Light Blast"; the action drama "Hour of the Assassin"; and "Alien Seed." Film credits in the 90s include "A Show of Force," "Caged Fury," "Guns," "Do or Die," "The Naked Truth," and "Shattered Dreams."

In the 2000s, Estrada appeared in "National Lampoon's Van Wilder," "Border Blues," and "Mother Goose Parade." In 2013, he starred as Sheriff Brown in "Finding Faith," about a teen who is kidnapped after meeting someone online. Subsequent roles have been in the Christian drama "Virtuous," and in the Mexican-American animated family film "El Americano: The Movie."

Activism and Law Enforcement: In 2000, Estrada became the international face of D.A.R.E., an education campaign that sought to prevent the use of drugs. Additionally, he has advocated for such groups as the American Heart Association, the United Way, and the C.H.P. Foundation, which benefits family members of California Highway Patrol personnel. He also serves as a spokesman for the C.H.P.'s car seat inspection and installation program.

Due to his acting experience on "CHiPs," Estrada became a reserve officer for Muncie, Indiana's police department. Following this, he became an investigator for eight years in Bedford County, Virginia, where he worked to stop internet crimes against children. In 2016, he became a reserve police officer once again, this time in St. Anthony, Idaho.

Personal Life: Estrada's first marriage was to Joyce Miller in 1979; they divorced the following year. Next, in 1985, he wed entertainment executive and songwriter Peggy Lynn Rowe. They had two sons, Anthony Erik and Brandon Michael-Paul, and divorced in 1990. Estrada's third marriage was in 1997, to film sound technician Nanette Mirkovich. Their daughter, Francesca Natalia, was born in 2000. 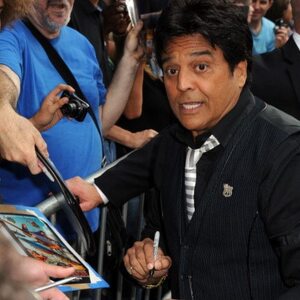