Erica Cerra Net Worth: Erica Cerra is a Canadian actress who has a net worth of $1 million. Born in 1979 in Vancouver, British Columbia, Canada, Erica Cerra started acting in commercials when she was a kid. After a break from show business, she broke back into the entertainment industry in her early '20s.

Within a few years, Cerra was considered one of the most promising newcomers by "Vancouver Lifestyles" magazine. She had several small TV and film parts early in her career before landing the part of Jo Lupo on the sci-fi series "Eureka". Cerra starred as the deputy from 2006 until the show's end in 2012. She also appeared on "Battlestar Galactica", "Man About Town", "Blade: Trinity", "Smallville", "Supernatural", "Motive", "The 4400", "The L Word", "Huff", "Dead Like Me", "Young Blades", "Cold Squad", "Warehouse 13", "Sanctuary", "The Dead Zone", "Man About Town", "The Wishing Tree", "Special Unit 2", "Jake 2.0", "The Stranger", "Percy Jackson & the Olympians: The Lightning Thief", and "The Collector". Cerra starred in musician Michael Buble's music video for the 2006 song "Save the Last Dance for Me". She has been married to her husband, Raffaele Fiore, since 2010. They have one child together, a daughter named Talia Serafina, who was born in 2012. 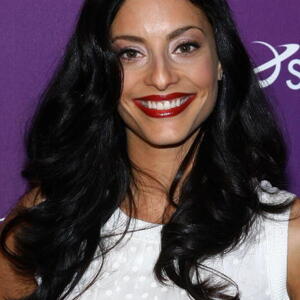