Erica Ash net worth: Erica Ash is an American actress, comedian, model, and singer who has a net worth of $3 million. Erica Ash was born in Florida in September 1977. From 2006 to 2008 she was a member of the comedy sketch television series The Big Gay Sketch Show. Ash was then a cast member of the TV series MADtv from 2008 to 2009.

Since 2014 she has starred as M-Chuck on the series Survivor's Remorse. She has also starred as Bridgette on the fictional reality television series Real Husbands of Hollywood since 2013. Ash has starred in the movies All About Our House, Scary Movie 5, Kristy, Sister Code, and Jean of the Joneses. She has also appeared in episodes of the TV series Cold Case and Shades of Blue. On MADtv she did impressions of Naomi Campbell, Whoopi Goldberg, Raven-Symone, Michelle Obama, and more. 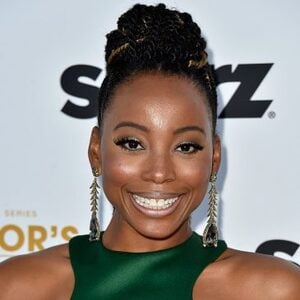