Eric Winter net worth: Eric Winter is an American actor, author, and model who has a net worth of $14 million. That is a combined net worth with his wife Roselyn Sanchez. Eric Winter was born in La Mirada, California in July 1976. As an actor he starred as Rex on the soap opera Days of Our Lives from 2002 to 2006.

Winter starred as Dr. Dashiel "Dash" Gardiner on the television series Witches of East End from 2013 to 2014. He began starring as Tim Bradford on the TV series The Rookie in 2018. Eric Winter has had recurring roles on TV series including Wildfire, Viva Laughlin, Brothers & Sisters, Moonlight, The Mentalist, GCB, Secrets and Lies, and Rosewood. He has also appeared in episodes of the TV series CSI: Crime Scene Investigation, CSI: Miami, The Good Doctor, and more. Eric Winter married Roselyn Sanchez in 2008. The couple co-authored the children's book Sebi and the Land of Cha Cha Cha in 2017. 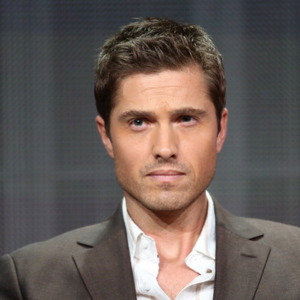