Eric Szmanda Net Worth: Eric Szmanda is an American actor who has a net worth of $8 million. Eric Szmanda was born in Mukwonago, Wisconsin in July 1975. He is best known for playing the role of Greg Sanders in the TV series CSI: Crime Scene Investigation. He graduated from the American Academy of Dramatic Arts at 19 years old.

While in school he had marketing internships with BMG and moved to Chicago, Illinois. His first role came starring in the TV series The Net from 1998 to 1999. His best known role has been starring as Greg Sanders on CSI: Crime Scene Investigation since 2000. Szmanda has starred in the movies Dodge's City, 100 Girls, The Rules of Attraction, True Vinyl, Little Athens, Snow Wonder, and Shadow of Fear. He has appeared in episodes of Oh Baby, Zoe, Duncan, Jack & Jane, FreakyLinks, Three Sisters, and The Division. He won a Screen Actors Guild Award in 2005 and has been nominated for three others. Eric's great uncle Ray is the "Menard's Guy". He has traveled to Thailand to see the conditions of Burmese refugees and supports the U.S. campaign for Burma. 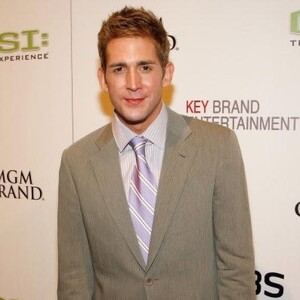