Eric Shea net worth: Eric Shea is an American actor who has a net worth of $500 thousand. Eric Shea was born in Los Angeles County, California in February 1960. He made his acting debut in 1966 as a child actor. Shea starred as Louis on the television series Anna and the King in 1972.

From 1976 to 1977 he starred as Little Garth on the TV series Mary Hartman, Mary Hartman. He was known for starring in the movies Yours, Mine and Ours in 1968 and The Poseidon Adventure in 1972. Eric Shea also appeared in the films Gally, Gally, Ace Eli and the Rodger of the Skies, The Castaway Cowboy, and Smile. He also appeared in episodes of the TV series Felony Squad, Batman, Gunsmoke, Here Come the Brides, The Flying Nun, Disneyland, Nanny and the Professor, The Brady Bunch, Room 222, Emergency!, Adam-12, Shazam!, Little House on the Prairie, and more. Eric Shea's brothers Christopher and Stephen voiced the role of Linus van Pelt for the Peanuts television animation series. 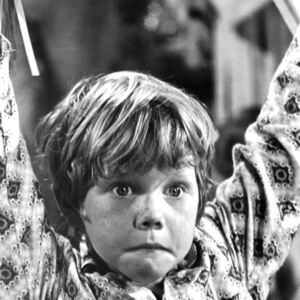