Eric Nies net worth: Eric Nies is a former fashion model and reality television personality who has a net worth of $1.5 million. He is best known as one of the original cast mates on MTV's hit reality television show, The Real World. He went on to appear on the show's spinoffs and additional reality shows like The Grind and Confessions of a Teen Idol.

He was born on May 23, 1971 in Ocean Township, New Jersey. He is the son of one of the longest running referees in NBA history, Jack Nies, and has one brother, John, who played football and was also a model; John is now a fitness ambassador with Lululemon. Eric Nies first gained fame as a cast member on The Real World: New York, the first season of the MTV series, which some say was a driving force behind the reality television movement. Nies was working as a model during the filming of the show, and was known for his impressive physique. After his exposure on The Real World, he went on to host the MTV series, The Grind, which featured a studio audience dancing to hit songs of the time. He was also the host, and a participant, in a number of the Real World/Road Rules Challenges. In addition to his work with MTV, Nies also appeared in various shows and films including Days of Our Lives, Above the Rim, The Brady Bunch Movie, and Grand Strand. He also appeared in several workout videos and fitness product promotions. In 2002, Nies joined a longtime friend, Doug Hertling, to develop an entertainment guide called, Glide Magazine; shortly after its release, it was purchased by Viacom and rebranded as MTV Magazine. Nies was inducted into the Television and Broadcasters Hall of Fame for his pioneering work in reality television. 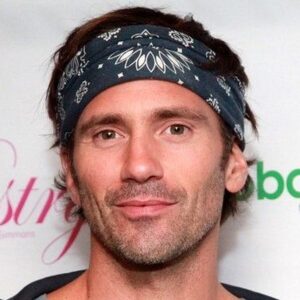