Eric Millegan Net Worth: Eric Millegan is an American actor who has a net worth of $750 thousand dollars. Eric Millegan was born in Hackettstown, New Jersey in August 1974. He is best known for the role of Dr. Zack Addy on the TV series Bones. He studied at Interlochen Center for the Arts and at the University of Michigan. Eric started in musical theater at seven years old with the Eugene Opera company where he starred in Amahi and the Night Visitors, Madame Butterfly, La Boheme, Carmen, and Hansel and Gretel. In 2000 he starred on Broadway in Jesus Christ Superstar. He starred in the world premiere of Harold & Maude: The Musical in New Jersey in 2005. In 2006 he starred in Eugene Oregon's The Pirates of Penzance. In 2001 he provided the voice of Jamie in the short Soda Pop. The same year he made his television debut in the series 100 Centre Street. He starred as Ed Simone in the movie On_Line in 2002. He starred in The Phobic in 2006 and Lady Peacock in 2014. Millegan's best known role came as Dr. Zack Addy in the series Bones from 2005 to 2010. Eric is openly gay and was named the "Hottest Up-and-Coming Openly Gay Actor" in 2003 by Out. He married his partner in 2012. In 2009 he released a YouTube video talking about his experiences with bipolar disorder. 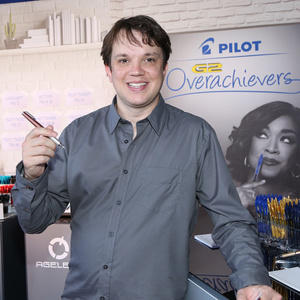