What is Eric McCormack's Net worth and Salary?

Eric McCormack is an American-Canadian actor, singer, and producer who has a net worth of $20 million. McCormack is best known for his role as Will Truman in the Emmy award-winning television show "Will and Grace."

Eric James McCormack was born on April 18th, 1963 in Toronto, Canada. His mother was a homemaker, and his father worked as a financial analyst for an oil company. He is the oldest of his three siblings, and the family has Scottish ancestry. As a child, he was shy but found comfort in theater. He attended high school at the Sir John A. Macdonald Collegiate Institute where he was active in the school's theater department. Filmmaker and future husband to Elton John, David Furnish, attended the same school and was McCormack's classmate.

After performing in the musical "Godspell," McCormack made the decision to pursue acting as a career. Upon graduating from high school in 1982, he went to Ryerson University School of Theatre in Toronto. He didn't finish his degree, and instead chose to take a position working at a Shakespeare festival in Ontario. He worked there for five seasons until deciding that he would rather pursue acting on television and film.

He made his film acting debut in 1986 with small roles in the Shakespearean television movie "Twelfth Night," and on a television special of the musical "The Boys from Syracuse." He continued taking small roles in minor productions until moving to LA. His debut on American television came in 1991 with a role in an episode on the CBS show "Top Cops." After his first appearance on American's television screens, it didn't take long for him to start landing larger roles. In 1992, he starred in the film "The Lost World" as well as its sequel "Return to the Lost World" that was released the same year. The following year he was given a recurring role in the television series "Street Justice," which would only run for two seasons.

McCormack auditioned several times for the role of Ross Geller in the sitcom "Friends," but the part went to David Schwimmer instead. In 1997, he had minor roles on several comedy television shows in addition to starring in the made-for-television film "Borrowed Hearts." He was cast to be a regular in the one-season NBC sitcom "Jenny," but he was let go after the pilot, as the studio decided to cut his character. His breakthrough role on the sitcom "Will & Grace" would come the next year in 1998.

When McCormack read the lead part for "Will & Grace," he has said that he was certain that he was the right person for the role. Although the character on the show is gay and McCormack is not, he remarked that they were similar in their personalities. He starred opposite Debra Messing, who was cast as Grace. The show premiered in September of 1998, and its pilot episode was viewed by around 8.6 million Americans. It remained incredibly popular throughout its eight-season run, and it received 83 Emmy nominations and 18 Emmy Awards with each main actor winning at least once. McCormack himself received four nominations with a win in 2001 for Outstanding Lead Actor in a Comedy Series. The show has garnered him five Golden Globe nominations with the most recent being in 2018 for the revival series. The original show concluded in 2006, but in 2017, NBC announced that they were bringing it back for a reboot. Initially, NBC only agreed to a ten-episode season, however, they extended their order to sixteen episodes for season one and thirteen for season two. The revival was popular, and the series ended for the last time in 2020 after its additional three seasons.

At the peak of "Will & Grace", Eric and his co-star Debra Messing were both paid $250,000 in base salary alone (does not include royalties). That worked out to around $6 million per season. 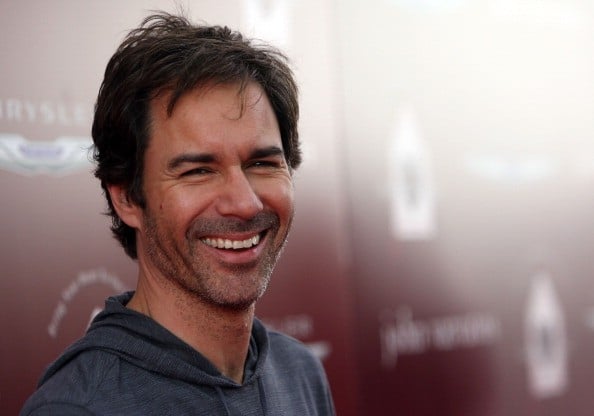 McCormack's career primarily includes work on television shows and in theatrical plays, but he has acted in a few feature films. He starred alongside Eddy Murphy and Kelly Preston in the 1998 flop "Holy Man." The same year, he received praise for his performance in the comedy "Free Enterprise," which also featured William Shatner, but the film only played in a small number of theaters in LA. His next non-television film wouldn't be until 2005 with "The Sisters," which saw a limited theatrical release but won him an award for Outstanding Actor at the Dixie Film Festival. In 2009, he starred alongside Renée Zellweger and Kevin Bacon in the comedy drama film "My One and Only," which grossed over $3 million worldwide after its limited release was expanded. McCormack found far more success in television than on the big screen. Even when cast with other talented actors, many of his films only saw a limited release. He played a supporting role in the 2013 political thriller "Knife Fight" with Rob Lowe, Julie Bowden, and Jennifer Morrison, but despite a talented cast, it was only shown in two theaters and grossed a mere $5,661. From 2016 to 2018, he starred on the Netflix science fiction series "Travelers," which lasted three seasons.

McCormack met Janet Holden on the set of "Lonesome Dove: The Series" where she worked as an assistant director, and they married in 1997. They have one son together and have homes in both LA and Vancouver. He maintains dual Canadian and US citizenship. In 2010, he received a star on Canada's Walk of Fame in Toronto, and in 2018, he was given one on the Hollywood Walk of Fame. He has supported a number of charitable organizations throughout his career and serves as an honorary board member of the Multiple Myeloma Research Foundation. He and his wife received the Angel Award for their work with Project Angel Food, an organization that works to provide meals to people who are suffering from chronic illnesses. He is the official celebrity spokesperson for the Canadian Cancer Society.

In 1999 Eric and Janet paid just under $1 million for an impressive mansion in the LA suburb of Toluca Lake. Today the house is worth at least $4 million. 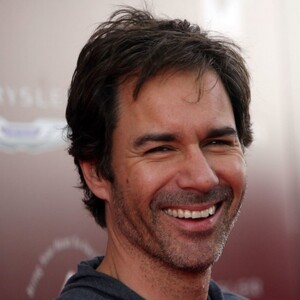