Eric Lloyd Net Worth: Eric Lloyd is an American actor and comedian who has a net worth of $500 thousand. Eric Lloyd was born in Glendale, California in May 1986. He is best known for his work as a child actor. Eric's sister is actress Emily Ann Lloyd and his cousin is actress Alyssa Milano.

Lloyd attended Chapman University and was the lead singer for the band Conflict Conveyed Through Audio. His acting debut came in an episode of the TV series The Wonder Years in 1989. In 1992 Lloyd starred as Leo Hill in the television series Laurie Hill. From 1998 to 2000 he starred in the series Jesse and Little John Warner. Lloyd has also starred in the movies Heart and Souls, Greedy, The Santa Clause, Dunston Checks In, Batman & Robin, Deconstructing Harry, My Giant, The Santa Clause 2, and The Santa Clause 3: The Escape Clause. Lloyd won a Young Artist Award in 1999 for Best Performance in a TV Comedy Series – Supporting Young Actor. He has also been nominated for another 10 Young Artist Awards and two YoungStar Awards. 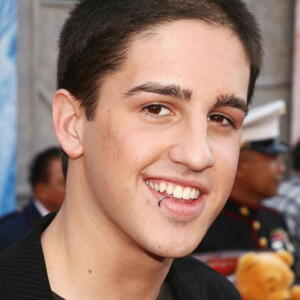