Eric Edelstein net worth: Eric Edelstein is an American actor and voice actor who has a net worth of $3 million. Eric Edelstein was born in Patuxent River, Maryland in April 1977. He has more than 80 acting credits to his name and has had recurring roles in the television series Derek and Simon: The Show as Eric in 2007, Parks and Recreation as Lawrence in 2009, Shameless as Bobby Mallison in 2013, Complications as Jed in 2015, Superior Donuts as Officer Deckerd in 2017, Fresh Off the Boat as Jerry from 2015 to 2017, and Twin Peaks as Detective "Smiley" Fusco in 2017.

Edelstein has also appeared in several films including Hotel for Dogs, Welcome to the Jungle, Alexander and the Terrible, Horrible, No Good, Very Bad Day, Jurassic World, and more. He has voiced roles in the TV series Monsters vs. Aliens, Clarence, and We Bare Bears. In 2016 Eric Edelstein was nominated for a Behind the Voice Actors Award for Breakthrough Voice Actor of the Year. 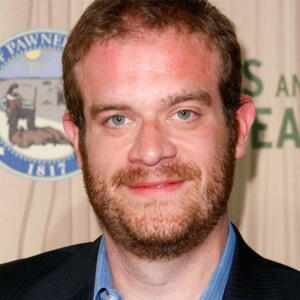