Eric Dane net worth: Eric Dane is an American actor who has a net worth of $7 million dollars. Eric Dane is most widely recognized for his work on "Grey's Anatomy". Prior to "Grey's Anatomy", he had guest starring roles on various shows including, "Charmed", "Gideon's Crossing", and "Roseanne". He has recently appeared in such films as "X-Men: The Last Stand", "Valentine's Day", and "Burlesque".

Born November 9, 1972 in San Francisco California, he is best known for his role as Dr. Mark "McSteamy" Sloan on the medical television drama Grey's Anatomy. He made the decision to pursue an acting career after being cast in his high school's production of Arthur Miller's All My Sons. In 1993 he moved to Los Angeles, California where he was cast in small roles in such television series as Saved by the Bell, The Wonder Years, Roseanne and Married with Children, among others. Positive reaction to his guest appearance on Grey's Anatomy in 2005 spurred the network to keep him on the show. His first major film appearance came when he was cast in the historical drama The Basket. He went on to appear in the movie Valentine's Day, which had an all-star cast and was directed by Garry Marshall. Dane married actress Rebecca Gayheart on October 29, 2004 and they had two daughters, Billie Beatrice (2010) and Georgia Geraldine (2011). Dane made headlines when he participated in a tape that included nudity with his wife and former beauty queen Kai Ann Peniche. In 2011, Dane checking himself into rehab for dependency on prescription drugs. 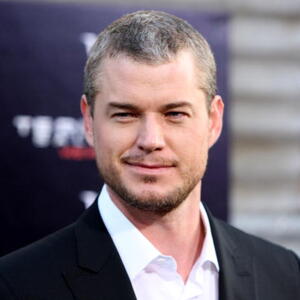