Eric Close Net Worth: Eric Close is an American actor who has a net worth of $4 million. Eric Close was born in Staten Island, New York in May 1967. Eric is the eldest of three brothers. He lived in Indiana and Michigan before settling in San Diego, California at the age of seven. He graduated from the University of Southern California in 1989. He acted a bit in school but did not pursue acting until after college. He acted in the production Rat Songs in Los Angeles, CA. His first role came in the TV movie Keeping Secrets in 1991. He also appeared in episodes of MacGyver and Major Dad before making his film debut in 1992's American Me. From 1992 to 1993 he starred as Sawyer Walker in the TV series Santa Barbara. Close starred as William "Billy" Griffin in the series Sisters from 1995 to 1996. He starred as John Loengard in Dark Skies from 1996 to 1997 and as Michael Wiseman in Now and Again from 1999 to 2000. Close also starred as Vin Tanner in the TV series The Magnificent Seven from 1998 to 2000. One of his best known roles was as Martin Fitzgerald in the series Without a Trace from 2002 to 2009. He also starred in the series Chaos in 2011 and had a recurring role in Suits from 2011 to 2013. Since 2012 he has starred as Teddy Conrad in the series Nashville. Eric Close has been nominated for a Screen Actors Guild Award, two Saturn Awards, and a Soap opera Digest Award. Eric married his wife Keri in 1995 and the couple has two daughters together. 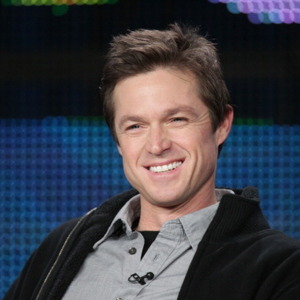