What is Eric Christian Olsen's Net Worth and Salary?

Olsen was born on May 31, 1977 in Eugene, Oregon. He is the son of Jeanne and Paul Olsen. His mother works as a non-denominational chaplain while his father is a professor of English and head track and cross-country coach at Augustana College in Rock Island, Illinois. Olsen is of Norwegian descent and grew up with his older brother, David, who has become Olsen's stunt double.

Olsen spent most of his childhood in Bettendorf, Iowa. There, he attended Bettendorf Middle and High School. He had a variety of interests in high school, including foreign languages like Japanese and Chinese, and school sports. During his senior year of high school, he worked as a staff writer for the monthly school newspaper, "The Growl." He also was interested in theater and participated in many local theater performances. He sought to improve his improvisation skills by training with ComedySportz Quad Cities, a group started by comedians that had opened chapters across the world. He later joined the cast. He attended Hope College in Holland, Michigan after finishing high school but then decided to move to Los Angeles, where he reenrolled in school at Pepperdine University. He did not graduate until 2007, taking longer than usual as he had begun booking acting roles during this time.

While a student at Pepperdine, Olsen began booking roles in commercials. Soon he started auditioning for roles in television shows and movies. Some of his early roles include parts on "Turks" and "ER" in 1999 and 2000. In 1999, he also booked a role in the main cast of the show, "Get Real," which helped launch his career. The next year, in 2001, he booked a small role on the massive film, "Pearl Harbor." He also played a leading role in, "Not Another Teen Movie" as the cocky blond guy.

In 2002, he booked the films "Local Boys" and "The Hot Chick." In 2003, he booked perhaps his biggest role yet as Lloyd Christmas in "Dumb and Dumberer: When Harry Met Lloyd," the prequel to the hit movie, "Dumb and Dumber." While the film was not favorably received by critics, it was moderately successful with audiences and helped further Owen's name recognition. He followed up the role by playing opposite of Chris Evans in the film, "Cellular." He also took a part in the final season of the Fox series, "True Calling."

In 2006 and 2007, he appeared in a number of projects including, "Beerfest," "License to Wed," and "The Last Kiss" by fellow actor and director, Zach Braff. He also starred as the character Sully in the Fox sitcom, "The Loop." In 2008, he appeared in "Eagle Eye" and "Sunshine Cleaning" and also booked a recurring character role on the series, "Brothers & Sisters." He then appeared in "Fired Up" and "The Six Wives of Henry Lefay" in 2009, as well as four episodes of the popular comedy series, "Community." 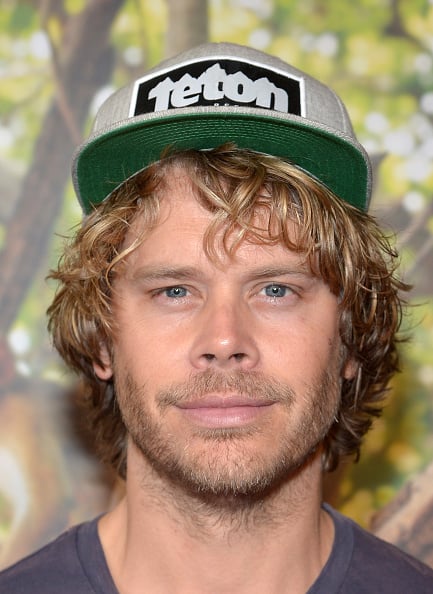 Olsen had a strong 2010, as he appeared in the comedy film, "The Back-Up Plan" and also booked his biggest television role yet as part of the recurring cast in "NCIS: Los Angeles." By the second season his character, LAPD Detective Marty Deeks, had joined the main cast where he has since remained. The show has been successful, especially in its early years, and has won Teen Choice Award and been nominated for People's Choice Awards.

While "NCIS: Los Angeles" has remained his primary acting job over the last decade, Olsen has also appeared in other films and shows. He was in "Band of Robbers" in 2015 and appeared in "Battle of the Sexes" in 2017. He also appeared as himself in an episode of "Geeks Who Drink" and in "Ryan Hansen Solves Crimes on Television."

Outside of acting, Olsen enjoys producing. In 2014, he produced the short film "Bald" and also served as executive producer of the documentary, "Andy Irons: Kissed by God" in 2018. In order to devote more time to his producing work, Olsen also started his own production company. He is the founder and CEO of Cloud Nine Productions, which has a deal with CBS Studios. In 2019, Hulu picked up the show, "Woke," which Olsen had executively produced. He also has dabbled in writing and made his writing debut on the 11th season of "NCIS: Los Angeles," writing the show's tenth episode which aired in 2019.

In 2011, Olsen got engaged to actress Sarah Wright. They were married the following year in Jackson Hole, Wyoming. The couple have had three children together, a boy named Wyatt and two girls named Esme and Winter. The family lives in Malibu, California but also own a vacation home near Jackson Hole, Wyoming. The couple was featured on an episode of "House Hunters" in 2015 which followed their search for the vacation home.

Olsen works with the charity "Hats Off for Cancer," serving as an Honorary Board Member and Spokesperson. He has been featured in the organization's Public Service Announcement video. Olsen and his wife are also members of the Board of Directors of the Environmental Media Awards. 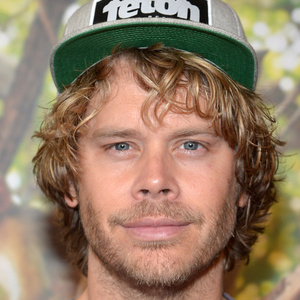