How much is Eric Bogosian Worth?

Eric Bogosian net worth: Eric Bogosian is an Armenian American actor, playwright, novelist, monologist, and historian who has a net worth of $6 million. Eric Bogosian was born in Woburn, Massachusetts in April 1953. As an actor he is best known for starring as Danny Ross in the television series Law & Order: Criminal Intent from 2006 to 2010. Bogosian has starred as Roy Asheton in the TV series The Get Down since 2016. He has appeared in several films including Talk Radio, Under Siege 2: Dark Territory, Deconstructing Harry, Igby Goes Down, Charlie's Angels: Full Throttle, Wonderland, and Blade: Trinity. Bogosian created and wrote the television series High Incident from 1996 to 1997. He has authored, produced, and starred in several plays and state shows and has authored three novels. He has received two fellowships from the National Endowment for the Arts and is a Guggeinheim fellow. Bogosian was nominated for an Independent Spirit Award for Best Male Lead for Talk Radio in 1989. 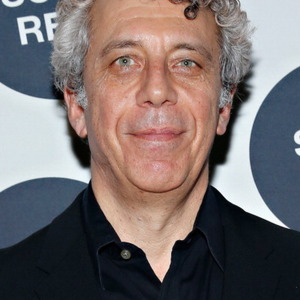