How much is Eric Bana Worth?

Eric Bana Net Worth and Salary: Eric Bana is an Australian actor who has a net worth of $45 million. Although Bana actually began his career as a comedian, he later became one of Hollywood's most recognizable faces after appearing in the Ridley Scott film "Black Hawk Down." Further film roles came with "Hulk," "Troy," and "Munich." Over the course of his career, Eric has shown tremendous range, playing both heroes and villains. He is also known for appearing in an incredibly wide variety of films, from low-budget independent films to blockbusters in both Australia and Hollywood.

Early Life: Eric Banadinović was born on August 9th of 1968 in Melbourne, Victoria. Born to parents with Croatian and German roots, Eric grew up in a suburban area of Melbourne known as Tullamarine. His passion for acting and performing emerged at a very early age, and Eric was known for doing impressions of his family members from the age of about six. His family found it particularly hilarious when he mimicked his grandfather's voice, walk, and mannerisms. He also did impressions at school – and his sense of humor often got him out of trouble.

Although Eric first got the idea of becoming an actor after watching the film "Mad Max," he also had another strong passion from an early age: cars. He was so obsessed with cars that he wanted to drop out of school and become a mechanic. His father wouldn't let him, so he ended up graduating from high school a year late because he spent so much time messing around with cars. Eric purchased his first car at the age of 15 – a 1974 XB Ford Falcon coupe, which he still owns to this day.

By the age of 18, Eric was participating in racing events like the Targa Tasmania behind the wheel of his Ford Falcon. Throughout his later life, he continued to race, sometimes with his Ford and other times with cars like the Porsche 944 in Australia's Porsche Challenge. He later appeared on "Top Gear." As of 2020, he has owned his Ford Falcon for well over 25 years. During his childhood, he also became a massive fan of Aussie Rules Football.

Eric didn't really venture into the world of performing arts until 1991, when his friend persuaded him to try stand-up comedy. He was working as a barman at the time at Melbourne's Castle Hotel, and he toured the country in a van with other comics. However, these gigs didn't provide him with enough money to quit his day job. Eventually, Eric Banadinović shortened his last name to "Bana" as a stage name.

Career: In 1993, Eric Bana's career took a major leap forward when he appeared on "Tonight Live," a late-night talk show in Australia. He was then invited to join the cast of "Full Frontal," a sketch comedy series. Over the next four years, Eric became famous for impressions of a number of characters, including his own family members and celebrities like Columbo, Arnold Schwarzenegger, Sylvester Stallone, and Tom Cruise.

By 1994, Bana had released his own comedy album called "Out of Bounds." He then created his own show called "The Eric Bana Show," although it was canceled after eight episodes due to low ratings. In 1997, he made his film debut in "The Castle," appearing in a supporting role. This film became a surprise hit in Australia, and it led to further opportunities for Eric.

In 1997, he was cast as the infamous, real-life criminal Chopper Read in the film "Chopper." The decision to cast Eric in the lead role was completely out of the blue, as Bana had minimal experience with dramatic roles. However, Chopper Read himself suggested that Eric play the role, and the director accepted. In order to 'become' Chopper, Bana had to shave his head and gain thirty pounds. He also showed up to set at 4 AM each morning so that makeup artists could cover him in Chopper's trademark tattoos. Bana spent days with the infamous criminal to capture his every mannerism.

The role proved to be Eric's breakthrough, as the whole world suddenly realized that he wasn't just capable of playing dramatic roles – he was capable of completely knocking them out of the park. He was honored with an Australian Film Institute Award for Best Actor. This film had a very limited release outside of Australia, so Bana was still very much unknown in Hollywood.

However, this all changed when Ridley Scott cast Eric as a special forces soldier in the war movie "Black Hawk Down." The film helped Bana establish roots in Hollywood, although he immediately followed up with the low budget Australian film "The Nugget" in 2002. During this period, he was offered the lead role in the movie "Hulk," which received mixed reviews and generated average returns at the box office. Despite this, Bana was singled out for praise by critics.

After a voice acting role in "Finding Nemo," Eric booked the role of Hector in 2004's "Troy." The film raked in $364 million worldwide despite poor reviews. Bana had better luck with the critics when Steven Spielberg's "Munich" was released in 2005. After appearing in the romantic comedy "Lucky You," Eric Bana returned to Australia to star in "Romulus, My Father" and the TV series "Kath & Kim."

In 2008, he appeared in "The Other Boleyn Girl" alongside Scarlett Johansson and Natalie Portman. Next year, he played the main villain Nero in the reboot film "Star Trek," which proved to be a commercial and critical hit. After appearing in "The Time Traveler's Wife" and "Funny People," Bana directed and produced a documentary-style film called "Love the Beast" about his relationship with his Ford Falcon.

Relationships: In 1995, Bana started dating Rebecca Gleeson, a publicist. The pair married two years later, and over the course of their relationship they have had two children together.

Real Estate: In 2004, it was reported that Eric purchased a home in an affluent neighborhood of Sydney for 4 million Australian dollars. The home lies in the suburb of Mosman, and it was designed by Alex Popov. The property is said to lie on a 1,200-meter plot of land, and it features two bedrooms. In 2009, it was reported that Bana was living in a six-bedroom home in the neighborhood of Brighton, Sydney. The property is rumored to be worth at least $10 million, and it features a nine-car underground garage. 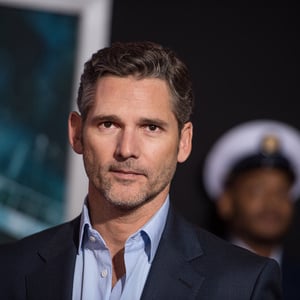