Kramer starred as Drew McCrorey in the TV series Down Home from 1990 to 1991. In 1993 he starred as Whitey van da Bunt in the series Bob. Kramer starred as Dave Rogers in the television series the Hughleys from 1998 to 2002. In 2008 he starred as Pete in the TV series Hollywood Residential. From 2010 to 2014 Kramer starred as Bob Duncan in the series Good Luck Charlie. He has starred in the movies Robin Hood: Men in Tights, True Romance, High School High, American Wedding, Grilled, Flying By, Atlas Shrugged: Who Is John Galt?, and Mostly Ghostly: Have You Met My Ghoulfriend?. He has also appeared in episodes of the TV series Two and a Half Men, Wizards of Waverly Place, Growing Pains, Empty Nest, Cheers, NewsRadio, CSI: Crime Scene Investigation, Roseanne, Seinfeld, Murder, She Wrote, Ellen, How I Met Your Mother, Murder, She Wrote, Monk, My Name Is Earl, and The King of Queens. 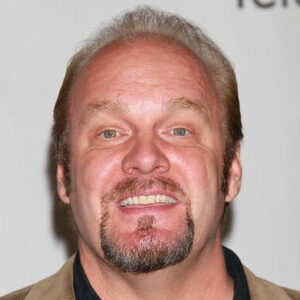