Eoin Macken net worth: Eoin Macken is an Irish actor, author, filmmaker, and model who has a net worth of $2 million. Eoin Macken was born in Dublin, Ireland in February 1983. His first name is pronounced Owen. Macken has modeled for GQ, Ralph Lauren, and Abercrombie and Fitch. He made his acting debut in 2006 starring in the movie Studs and the short Triple Bill.

In 2008 he starred as Gavin Cluxton in the television series Fair City. From 2010 to 2012 Macken starred as Sir Gwaine in the TV series Merlin. In 2014 he starred as Dr. TC Callahan in the series The Night Shift. Macken has also starred in the movies Christian Blake, Once Upon a Time in Dublin, Savage, The Rise of the Bricks, Dreaming for You, Centurion, Siren, The Inside, Suspension of Disbelief, Cold, and The Callback Queen. He wrote and directed the films Christian Blake, The Fashion of Modeling, Dreaming for You, The Inside, and Cold. 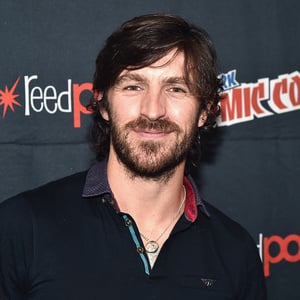