Enrique Murciano Net Worth: Enrique Murciano is an American actor and producer who has a net worth of $5 million. Enrique Ricardo Murciano was born in Miami, Florida in July 1973. He is best known for playing the role of Danny Taylor in the television series Without a Trace. He attended Tulane University and New England School of Law.

Enrique moved to Los Angeles, California to pursue his acting career. His film debut came starring as Alejandro in the movie Speed 2: Cruise Control in 1997. He made his TV debut in the series Suddenly Susan and The Pretender in 1999. In 2001 he starred as Francisco Torres in the series Spyder Games. From 2002 to 2009 he starred as FBI agent Danny Taylor in the CBS series Without a Trace. Murciano had a recurring role in the series CSI: Crime Scene Investigation from 2009 to 2012 and the series NCIS from 2011 to 2012. He has starred in the movies Black hawk Down, Case 42, Miss Congeniality 2: Armed and Fabulous, The Lost City, How to Go Out on a Date in Queens, Mancora, Water & Power, and Dawn of the Planet of the Apes. He has been nominated for two ALMA Awards, a Daytime Emmy Award, and a Screen Actors Guild Award. He was listed at #7 on People magazine's sexiest men alive in 2006. 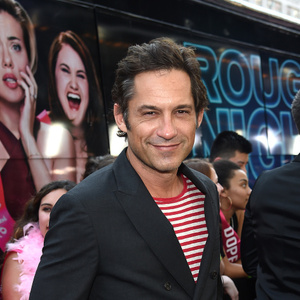