Enrico Colantoni net worth: Enrico Colantoni is a Canadian actor who has a net worth of $4 million dollars. Born in Toronto, Ontario, Canada, Enrico Colantoni began college at the University of Toronto, where he was majoring in psychology and sociology. However, he decided to shift his focus and moved to New York City to attend the American Academy of Dramatic Arts. He then went on to attend Yale Drama School and won the prestigious Carol Dye Award. He began his professional on-camera career in the late 80s, appearing in guest starring roles on such television shows as, "Night Heat" and "Friday the 13th: The Series". From there, he began working in both film and television projects, such as, "NYPD Blue", "Hope and Gloria", "Life's Work", "Stigmata", and "Galaxy Quest". In 1997, he was cast in the role that would bring him the most widespread fame, as Elliot DiMauro on the hit sitcom, "Just Shoot Me". Between 2011 and 2016 he appeared in over 20 episodes of the television series, "Person of Interest". 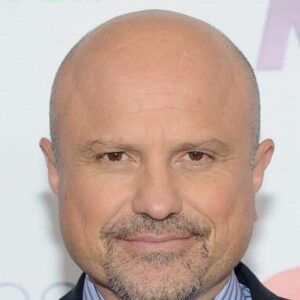