Emmanuelle Vaugier was bornin Vancouver, British Columbia, Canada in June 1976. She has more than 100 acting credits to her name starting in 1995. Vaugier starred as Noella D'Angelo on the television series Madison in 199. She starred as Sarah Nelson on the TV series My Guide to Becoming a Rock Star in 2002 and as Dr. Helen Bryce on the series Smallville from 2002 to 2003. Emmanuelle Vaugier starred as Nicki on the television series One Tree Hill from 2004 to 2005. From 2006 to 2009 she starred as Detective Jessica Angell on the TV series CSI: NY. Vaugier starred as Mia on the series Two and a Half Men from 2005 to 2015 and as Evony Fleurette Marquise on the series Lost Girl from 2010 to 2015. She has appeared in several films including 40 Days and 40 Nights, Secondhand Lions, Saw II, Saw IV, and more. Emmanuelle Vaugier was in a relationship with Chuck Lorre from 2010 to 2012. 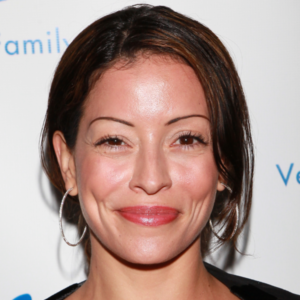