Her grandfather was the actor Louis Seigner and her sister is actress Mathilde Seigner. Emmanuelle started modeling at 14 years old. She married Roman Polanski in 1989. She was directed by Roman in Frantic starring opposite of Harrison Ford in 1988, Bitter Moon in 1992, and The Ninth Gate with Johnny Depp in 2010. Seigner is also known for her role in The Diving Bell and the Butterfly and was nominated for Cesar Awards for Best Supporting Actress in 1998's Place Vendome and 2007's La Vie En Rose. She also starred in Essential Killing which won the Special Jury Prize at the Venice Film Festival in 2010. She starred in the music video "Hands Around My Throat" by Death in Vegas. Seigner became the lead singer of the pop rock band Ultra Orange in 2006 and the name was changed to Ultra Orange & Emmanuelle. She has served as an ambassadress for the Polish brand Dr. Irena Eris. Emmanuelle and Roman have a daughter named Morgane and a son named Elvis. 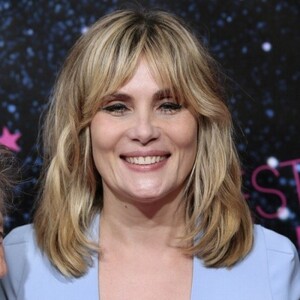