What Is Emmanuelle Béart's Net Worth?

Emmanuelle Béart was born Emmanuelle Béhart-Hasson on August 14, 1963, in France. Some sources list her birthplace as St. Tropez, but others say she was born in Gassin. Her mother, Geneviève Galéa, was a model, and her father, Guy Béart, was a singer and songwriter. Emmanuelle has several half-siblings, six on Geneviève's side and one on Guy's side. As a teenager, Béart spent a summer with an English-speaking family her father knew in Montreal, and when the summer ended, they invited Emmanuelle to stay long enough to complete her baccalauréat at the French-language private school Collège International Marie de France. She later attended drama school in Paris.

In 1972, Béart had an uncredited role in the film "La course du lièvre à travers les champs" ("And Hope to Die"), and in 1976, she appeared in "Demain les mômes" ("Tomorrow's Children"). She appeared in the 1980 TV movie "Le grand Poucet," followed by 1983's "Premier Desirs" ("First Desires") and 1985's "L'amour en douce" ("Love on the Quiet"). In 1986, Emmanuelle starred as Manon in the hit film "Manon des Sources," which was ranked #60 on "Empire" magazine's 2010 list of "The 100 Best Films of World Cinema." She played the titular angel in 1987's "Date with an Angel," an American film co-starring Phoebe Cates. Béart then appeared in 1988's "À gauche en sortant de l'ascenseur" ("Door on the Left as You Leave the Elevator ") and the 1990 Italian film "Il viaggio di Capitan Fracassa" ("Captain Fracassa's Journey"). In 1991, she starred in "La Belle Noiseuse" and "J'embrasse pas" ("I Don't Kiss"), then she played Camille in 1992's "Un cœur en hiver," which won four awards at the 49th Venice International Film Festival and earned Emmanuelle a César Award nomination. In 1995, Béart appeared in "Une femme française" and "Nelly et Monsieur Arnaud" ("Nelly and Mr. Arnaud"), and in 1996, she co-starred with Tom Cruise in the blockbuster film "Mission: Impossible," which grossed $457.7 million at the box office. 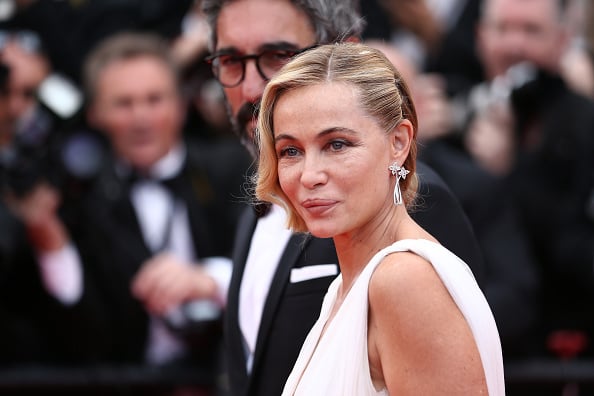 Emmanuelle starred in 1998's "Don Juan" alongside Penélope Cruz, then she appeared in 1999's "Le Temps retrouvé" ("Time Regained"), "La Bûche" ("Season's Beatings"), and "Elephant Juice." In 2002, she co-starred with Catherine Deneuve, Isabelle Huppert, Fanny Ardant, Virginie Ledoyen, Danielle Darrieux, Ludivine Sagnier, and Firmine Richard in the musical comedy "8 femmes," which received 12 César Award nominations. That year Béart also appeared in the Rosanna Arquette-directed documentary "Searching for Debra Winger." In 2003, she appeared nude on the cover of French "Elle" at age 39 (the magazine's best-selling issue) and starred in the films "Les Égarés" ("Strayed"), "Nathalie…," and "Histoire de Marie et Julien" ("The Story of Marie and Julien"). Emmanuelle co-starred with Norman Reedus and Harvey Keitel in the 2006 thriller "A Crime," and in 2007, she appeared in the drama "Les Témoins" ("The Witnesses"). In 2008, Béart starred in the horror movie "Vinyan" and the comedy "Disco," then she appeared in 2010's "Nous Trois" and "Ça commence par la fin" and 2011's "Ma compagne de nuit." In 2012, she starred in "Télé gaucho" ("Pirate TV") and "Bye Bye Blondie," followed by the drama "Les Yeux jaunes des crocodiles" ("The Yellow Eyes of Crocodiles") and the Australian film "My Mistress" in 2014. In recent years, Emmanuelle has appeared in 2017's "Beyond the Known World" and 2019's "Merveilles à Montfermeil" ("Wonders in the Suburbs"), and she played the title role in 2020's "Margaux Hartmann."

Emmanuelle began dating actor Daniel Auteuil, who she co-starred with in several films, in the mid-'80s, and they married on September 10, 1993. Béart and Auteuil welcomed daughter Nelly on April 18, 1992. After Emmanuelle and Daniel divorced in 1995, she had a son, Johan, with music producer David Moreau in 1996, and she was in a relationship with film producer Vincent Meyer from 2001 until his 2003 suicide. Béart wed actor Michaël Cohen on August 13, 2008, and they adopted an Ethiopian child, Surafel, in 2009. After they separated in 2011, Emmanuelle began a relationship with director/cinematographer Frédéric Chaudier, and she married him on September 21, 2018. Béart has served as an ambassador for UNICEF, and she has been a vocal opponent of France's anti-immigration legislation. In a 2012 "Le Monde" interview, Emmanuelle revealed that she underwent plastic surgery on her lips at age 27 and that she regretted having the procedure done. 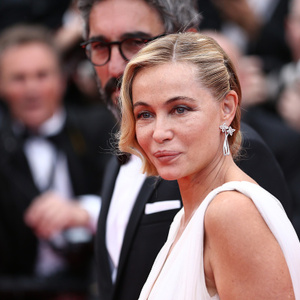