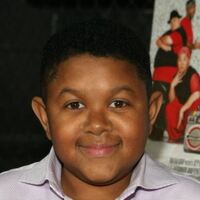 What is Emmanuel Lewis' Net Worth?

Emmanuel Lewis is an American actor who has a net worth of $600 thousand. Emmanuel Lewis is best known for his role as the title character in the 1980s television sitcom "Webster." Later on, he appeared in episodes of such sitcoms as "In the House," "Family Matters," and "Moesha." In the 2000s, Lewis made cameo appearances as himself in the comedy films "Dickie Roberts: Former Child Star" and "Kickin' it Old Skool."

Standing at a mere 4 ft 3 inches tall. He was often compared to (and sometimes confused with) Gary Coleman, star of the late '70s, early '80s sitcom Diff'rent Strokes. When Diff'rent Strokes became a hit on NBC, ABC tried, with some success, to duplicate that show's formula of depicting a small but precocious African-American boy being raised in a white family. The resulting show, "Webster," made Lewis a huge star. 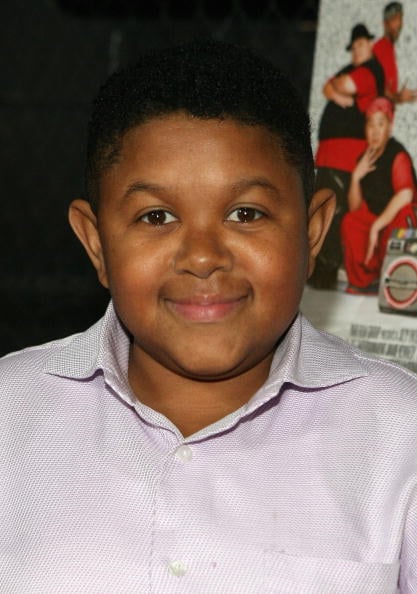 Emmanuel Lewis was born in 1971 in Brooklyn, New York City to single mother Margaret. He is the youngest of five siblings. As a teen, Lewis went to Midwood High School, graduating in 1989. Later, he enrolled at Clark Atlanta University, a Methodist, historically black college in Atlanta, Georgia. In order to pursue his acting career for most of the year, he only attended the fall semester at Clark, and finally earned his bachelor's degree in 1997.

At the age of 12 in 1983, Lewis made his acting debut on the program that would become his claim to fame: the ABC sitcom "Webster." He starred in the title role as a young orphan boy who gets adopted by his godfather George Papadopolis, a retired NFL star, and his wife Katherine, a posh socialite. For his performance, Lewis was nominated for four consecutive Young Artist Awards. However, as the years went on, Lewis grew more tired of being on the program and playing a character about half his age. At the age of 17, although he was still relatively short, he had more than outgrown the title role. His costars Alex Karras and Susan Clark agreed, leading to the program's conclusion in 1989. In lieu of a traditional series finale, the final episode, "Webtrek," featured Webster going on an adventure aboard the Starship Enterprise from "Star Trek." On the ship, he encounters Lt. Worf from "Star Trek: The Next Generation," with many flashbacks from the six seasons of "Webster" being shown throughout.

Beyond "Webster," Lewis appeared in a handful of television specials throughout the 80s and into the 90s. They include "A Christmas Dream," "Lost in London," "Emmanuel Lewis: My Very Own Show," and "The New Adventures of Mother Goose." Later in the 90s, Lewis was in episodes of the sitcoms "In the House," "Family Matters," "Moesha," and "Malcolm & Eddie." In 2001, he appeared as a contestant on a television child stars edition of the game show "The Weakest Link"; he was voted off in the third round. This was followed by an appearance on the reality series "The Surreal Life" in 2003. Also that year, Lewis was one of over a dozen real former child stars to make a cameo appearance in the comedy film "Dickie Roberts: Former Child Star"; among the others were Leif Garrett, Corey Feldman, Danny Bonaduce, and Gary Coleman.

In 2005, Lewis was on the reality television series "My Super Sweet Sixteen" and the sitcom "One on One." Two years later, he did a cameo as himself in the Jamie Kennedy comedy film "Kickin' it Old Skool." Subsequent credits for Lewis include "The Surreal Life: Fame Games," "The Lil Flex Show," and "Between Two Ferns with Zach Galifianakis."

In addition to acting, Lewis is well known in Japan as a singer. In 1981, he released two singles: "City Connection" and "Love is DANDAN." The former track was a huge hit in the country, reaching number two on the Oricon chart.

Beyond his singing, Lewis appeared in the music video for "I Don't Give A F" by Lil Jon & The East Side Boyz.

Since his child acting on "Webster," Lewis has only grown about six inches. There is no known condition that explains his diminutive stature. When it comes to his hobbies, Lewis is known to practice the Korean martial art of taekwondo.