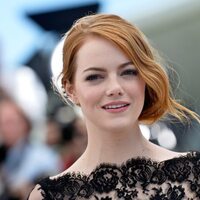 What is Emma Stone's Net Worth?

Emma Stone is an American actress who has a net worth of $40 million. Emma Stone knew that she wanted to pursue a career in acting by the time she was in her early teens, and presented her parents with a PowerPoint presentation in order to convince them to allow her to move to Hollywood.  Clearly, she was on to something.  She soon became one of Hollywood's "It" girls.  After making a name for herself with guest starring and recurring roles on such television shows as, "Medium", "The Suite Life of Zack and Cody", "Malcolm in the Middle", and "Drive", she made the shift to movies, and has not looked back.  She has appeared in such films as, "Superbad", "Ghosts of Girlfriends Past", "Zombieland", "Easy A", "Crazy, Stupid, Love", "The Help", "The Amazing Spider-Man" "Birdman" (2014) and "La La Land" (2016).

Emily Jean Stone was born in Scottsdale, Arizona on November 6, 1988. She began participating in local theater at a young age, and took voice lessons for several years. Her acting debut was in a stage production of "The Wind in the Willows" when she was eleven. During a two year period where she was homeschooled, she appeared in a total of sixteen productions at the Valley Youth Theatre in Phoenix.

After only one semester of high school at Xavier College Preparatory, Stone convinced her parents to let her move to California to pursue an acting career. In January 2004, her mother moved with her to Los Angeles, where Stone took online high school classes, worked part-time at a dog-treat bakery, and auditioned for roles.

Stone goes by the name "Emma" instead of her birth name "Emily" because the name "Emily Stone" was already taken when she registered for the Screen Actors Guild. Her first few roles in California included her television debut as Laurie Partridge on the VH1 talent competition show "In Search of the New Partridge Family" (2004), a guest appearance on "Lucky Louie", and the role of Violet Trimble in the Fox drama "Drive" (2007).

Her film debut came in the 2007 comedy "Superbad", which she co-starred in with Michael Cera and Jonah Hill. Other early films she was in include 2008 comedy "The Rocker" and romantic comedy "The House Bunny" (2008). The year 2009 saw Stone in three different films, "Ghosts of Girlfriends Past" and "Paper Man", both unpopular with critics, as well as "Zombieland", which was her most profitable venture that year, grossing $102.3 million. 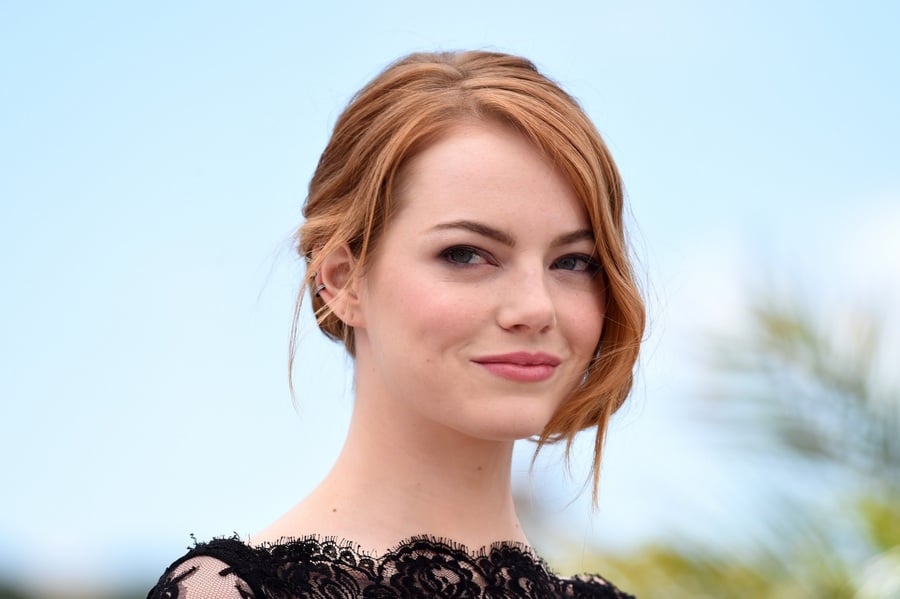 (Photo by Ben A. Pruchnie/Getty Images)

It wasn't until her starring role in the 2010 teen comedy film "Easy A" that Stone had her Hollywood breakthrough. For her performance as Olive Penderghast, Stone received nominations for the BAFTA Rising Star Award and a Golden Globe Award for Best Actress in a Musical or Comedy, and won the MTV Movie Award for Best Comedic Performance.

She continued her streak of success with "Crazy, Stupid, Love" (2011), for which she was the Choice Movie Actress – Comedy Award at the 2012 Teen Choice Awards. It was also a box office success, grossing $142.9 million globally despite its modest $50 million production budget. Her film "The Help" (2011) was an even greater success, grossing $216 million against a budget of $25 million, and was nominated for an Academy Award for Best Picture. 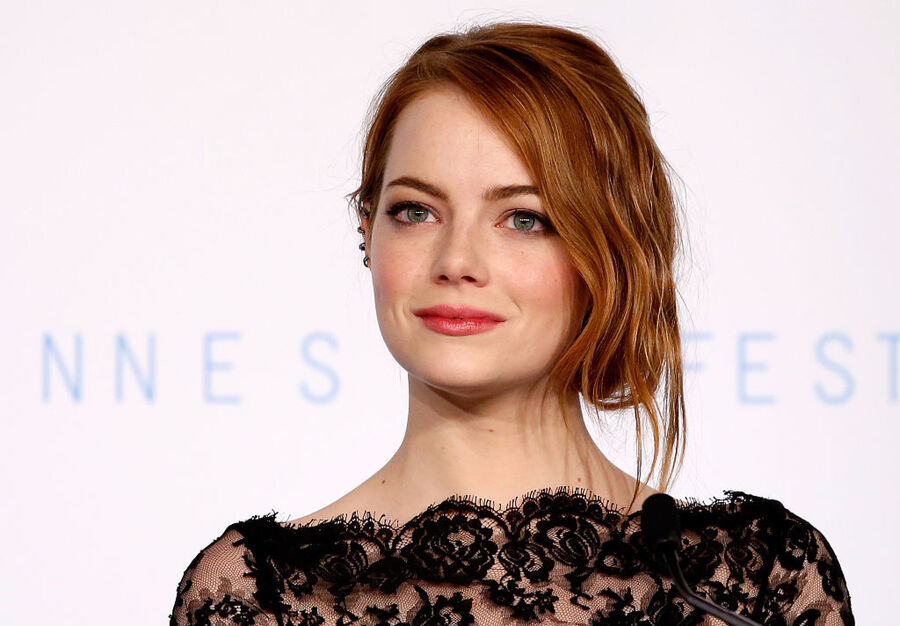 Her two films in 2015, "Aloha" and "Irrational Man", were critical and commercial disappointments. However, while starring in a revival of the Broadway musical "Cabaret" from November 2014 to February 2015, Stone met director Damien Chazelle, who was impressed by her performance and cast her in his musical comedy-drama "La La Land". "La La Land" (2016) was a huge success, earning over $440 million at the box office against a $30 million budget, and earning Stone an Academy BAFTA, Golden Globe and SAG Award for Best Actress.

The 2017 release "Battle of the Sexes" was a commercial failure despite positive reviews from critics. For her role in it as tennis player Billie Jean King, Stone gained 15 pounds by drinking high-calorie protein shakes. Stone continued to challenge herself, learning a British accent for historical comedy-drama "The Favourite" (2018), where she was the only American among an all-British cast. She also expanded into producing, serving as executive producer for the Netflix miniseries "Maniac" (2018), which she also featured in, reuniting with her "Superbad" co-star Jonah Hill for the project.

In addition to her acting in front of the camera, Stone has also had a success career as a voice actress. She voiced a role in the crime video game "Sleeping Dogs", released in 2012, for which she was nominated for a Spike Video Game Award for Best Performance by a Human Female. She also has voiced characters in several animated films, such as "Marmaduke" (2010) and "The Croods" (2013).

Although never officially confirmed, Stone was reported by the media to have dated "The Amazing Spider-Man" co-star Andrew Garfield from 2010 to 2015. Since 2017, Stone has been in a relationship with Dave McCary, segment director for "Saturday Night Live", and the couple became engaged in December 2019.

Stone's mother was diagnosed with breast cancer, and recovered from it in 2008. Since then, the actress has appeared in several campaigns promoting breast cancer awareness, including a Revlon campaign. She also featured in a fundraiser video collaboration between "Star Wars" and the organization Stand Up to Cancer in 2011.

Stone is widely regarded as one of the most successful and popular actresses in Hollywood for her generation. She earned $16 million from June 2012 to June 2013. In 2017, Emma was the world's highest-paid actresses, with yearly earnings of $26 million. That same year, she was also featured by Time magazine as one of the 100 most influential people in the world. 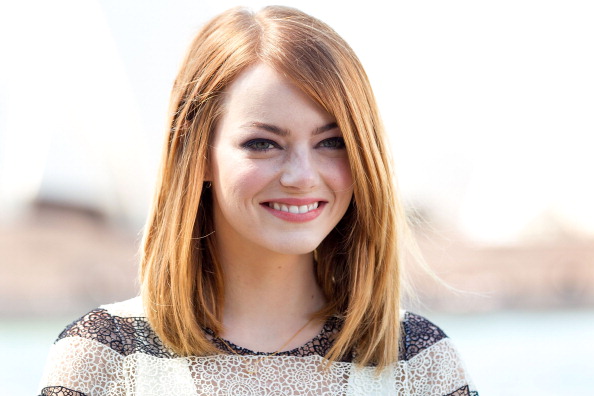 In 2019 alone she purchased two homes, one in Malibu and another in Century City, Los Angeles. The Westwood property cost $2.3 million. The Malibu home cost $3.25 million. Earlier in 2019 she sold a longtime Beverly Hills home for $3.9 million. She owns at least two homes in New York City. In 2016 she spent $2.4 million to buy a West Village condo. She also owns a $3.6 million NYC condo in the Financial District.

In May 2022 Emma listed her Malibu home for $4.3 million. Less than a month later she accepted a $4.4 million offer for the property.