Emma Slater net worth: Emma Slater is an English professional dancer and choreographer who has a net worth of $300 thousand dollars. Emma Slater is best known for appearing on the hit ABC television series, Dancing With the Stars and been with the show since 2012 during its 14th season. After three seasons of becoming a troupe member, she was announced as one of the new female professional dancers for the 17th season of the show in September 2013.

Her celebrity partner is award-winning comedian, singer and actor, Bill Engvall. Despite receiving low scores from the judges for most of the season, they were able to reach the finals but where eliminated at the end of the first night, landing them in 4th place. For season 18, she returned as a professional dancer partnered with movie actor Billy Dee Williams. Due to a back injury on Billy Dee, they withdrew from the competition on Week 3. For season 19, Emma Slater is paired with race-car driver Michael Waltrip. In addition to her work on Dancing With the Stars, Emma Slater is also known for being featured in the hit motion picture, Mamma Mia! starring Meryl Streep, Pierce Brosnan and Colin Firth, directed by Phyllida Lloyd – this included singing on the Grammy nominated soundtrack for the movie with the cast, produced by Abba. 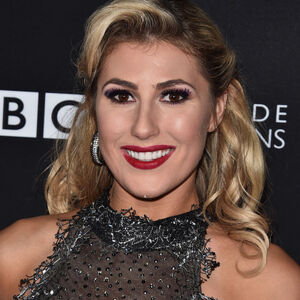