Emma Pierson Net Worth: Emma Pierson is an English actress who has a net worth of $500 thousand. Born in Plymouth, Devon, England, in 1981, Emma Pierson started taking acting lessons when she was a teenager and appeared in several plays during the '90s. Pierson began acting on the children's TV show "Grange Hill" while she worked to earn her law degree at the City of Bath College.

She followed that role up with the part of Jackie Burgett in "Days Like These", which was canceled in the midst of its first season. Pierson was a regular cast member on "Beast", "The Worst Week of My Life", "The Last Chancers", "Hotel Babylon", and "Up the Women". Pierson is perhaps best known for playing Anna Thornton-Wilton on the BBC's "Hotel Babylon" from 2006 until 2009. She has also appeared in more than a dozen films, including "Dumping Elaine", "Stranded", "The Project", "The Legend of the Tamworth Two", "Bloodlines", "Barbie in a Mermaid Tale", and "The Lives of the Saints", which was her first major movie role. Pierson's other TV credits include "The Brief", "Talk to Me", "Death in Paradise", "Twisted Tales", "A Touch of Frost", and "Armstrong and Miller". She and her boyfriend, Damian Village, live in Islington, London, with their cat. 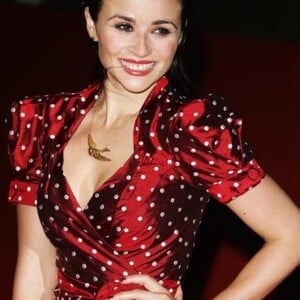