Emma Myles net worth and salary: Emma Myles is an American actress who has a net worth of $1 million. Emma Myles is best known for playing the role of Leanne Taylor on the Netflix series Orange Is the New Black. She appeared in 53 of the show's 91 episodes between 2013 and 2019.

She first appeared in an episode of the television series Conviction in 2006. Myles has starred in the movies First Born and Spinning Into Butter in 2007, The Beverages in 2008, Please Give in 2010, Girl Most Likely in 2012, and Child of Grace. Her best known role has come starring as Leanne Taylor in the series Orange Is the New Black since 2013. Myles has also appeared in episodes of the TV series Law & Order: Special Victims Unit and How to Make It in America. She won a Screen Actors Guild Award in 2015 for Orange Is the New Black. 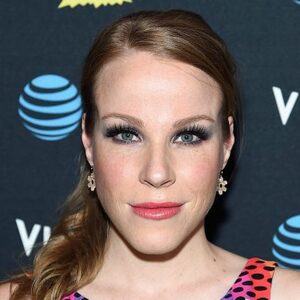