Emma de Caunes Net Worth: Emma de Caunes is a French actress who has a net worth of $4 million. Emma de Caunes was born in Paris, France in September 1976. She is best known for her role as Sabine in the film Mr. Bean's Holiday. Emma graduated with her baccalaureate in film in 1995.

She appeared in advertisements and had her debut in the short Margot et le voleur d'enfants in 1988. Her feature film debut came in L'echappee belle in 1996 and her first major role acme in the film Un frere in 1997 where she starred as Sophie. She won Best Actress at the 1997 Paris Film Festival and Most Promising Actress at the 1998 Cesar awards. Emma has also starred in the movies La voi est libre, Restons groupes, Mille bornes, Pretend I'm Not Here, Unleaded, Mondialito, Princesses, Lovers of the Nile, Asterix & Obelix: Mission Cleopatra, Ma Mere, Short Order, The Science of Sleep, The Diving Bell and the Butterfly, Days of Darkness, Le bruit des gens autour, and The Dune. Emma was married to the singer Sinclair from 2001 to 2005 and had one child. She married comic book artist Jamie Hewlett in 2011. 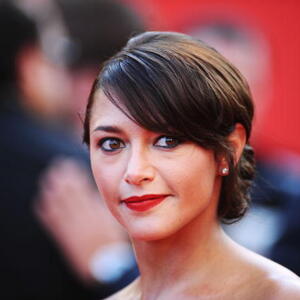