Emma Caulfield Net Worth: Emma Caulfield is an American actress who has a net worth of $4 million dollars. Caulfield was born Emma M. Chukker in San Diego, California in April 1973. She is best known for playing Anya Jenkins on Buffy the Vampire Slayer and Susan Keats on Beverly Hills, 90210.

She first appeared in episodes of Burke's Law, Saved by the Bell: The New Class, Renegade, and Weird Science. Her first big role came as Susan Keats on Beverly Hills, 90210 from 1995 to 1996. From 1996 to 1997 she starred as Lorraine Miller on General Hospital. Emma's best known role came as Anya on the WB series Buffy the Vampire Slayer from 1998 to 2003. Her first movie role came as the lead in the 2003 horror film Darkness Falls. In 2010 and 2011 Caulfield starred in the TV series Gigantic, Bandwagon: The Series, and Life Unexpected. She has also starred in the films Bandwagon, A Valentine Carol, Why Am I Doing This?, TiMER, Confined, Back in the Day, and Telling of the Shoes. Caulfield has won awards from the Academy of Science Fiction, Fantasy & Horror Films (USA), Beverly Hills Film Festival, and Sydney Film Festival. She has also been nominated for a Satellite Award. Emma married Cornelius Grobbelaar in 2006 but filed for divorce in 2010. 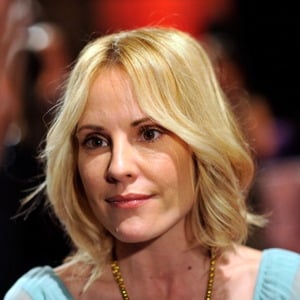