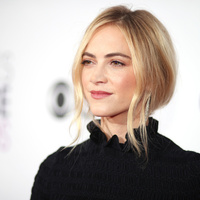 Emily Wickersham net worth: Emily Wickersham is an American actress who has a net worth of $6 million. Emily Wickersham was born in Kansas in April 1984. Her best known role has come starring as Ellie Bishop on the television series NCIS beginning in 2013. Wickersham has had recurring roles on the TV series The Sopranos from 2006 to 2007 as Rhiannon and The Bridge in 2013 as Kate Millwright. She has appeared in several movies including Gardener of Eden, Definitely, Maybe, How I Got Lost, Remember Me, I Am Number Four, and Gone. Emily Wickersham has also appeared in episodes of TV series including Late Night with David Letterman, Law & Order: Criminal Intent, Gossip Girl, and NCIS: New Orleans. In 2010 she married musician Blake Hanley. Emily Wickersham grew up in Mamaroneck, New York and attended Muhlenberg College but dropped out. Her ancestry includes Austrian and Swedish. She replaced actress Cote de Pablo for NCIS.

Real Estate: In March 2020 Emily spent $2.6 million on a home in the Los Feliz neighborhood of Los Angeles.