What Is Emily VanCamp's Net Worth and Salary?

Emily VanCamp was born Emily Irene VanCamp on May 12, 1986, in Port Perry, Ontario, Canada. She grew up with mother Cindy, father Robert (an animal nutritionist), and sisters Katie, Alison, and Molly, and her first job involved delivering food to her father's clients. Emily began taking dance lessons at age 3, and she has trained in ballet, tap, hip-hop and jazz. When VanCamp was 11, she aspired to become a professional dancer and attended a training program in Montreal over the summer. At age 12, she was accepted into the Les Grands Ballets Canadiens' training program, the École supérieure de ballet du Québec, and she lived with a French-Canadian family while attending the academy. Emily told "Women's Health" in 2012, "I started taking acting classes for fun every Saturday afternoon. I remember being so excited for Saturdays to come, but not for the week to start when I was doing four hours of ballet every day. There's such competitiveness to ballet that you almost lose track of whether or not you still like it. I'm so glad I found that little acting class and was able to start down a new path."

VanCamp made her acting debut in 2000, guest-starring on the television series "Are You Afraid of the Dark?" and "Radio Active" and portraying 13-year-old Jackie Bouvier in the TV movie "Jackie Bouvier Kennedy Onassis." Her first feature film was the 2001 Canadian drama "Lost and Delirious," and that year she also appeared in the miniseries "Dice" and guest-starred on the paranormal hospital drama "All Souls." At age 15, Emily was cast as Sam Dolan on the 2002 WB series "Glory Days," and her performance caught the attention of Greg Berlanti, a former "Dawson's Creek" writer. Berlanti cast VanCamp as Amy Abbott on The WB's "Everwood," which aired 89 episodes over four seasons. Emily had an uncredited role in the 2002 film "No Good Deed," then she appeared in the 2004 drama "A Different Loyalty." In 2005, she played Emily in the short film "Rings" and the sequel to the popular 2002 horror film "The Ring." "The Ring Two" grossed $163.9 million at the box office and co-starred Naomi Watts, Simon Baker, and Sissy Spacek. In 2007, VanCamp guest-starred on "Law & Order: Special Victims Unit," appeared in the film "Black Irish," and began playing Rebecca Harper on ABC's "Brothers & Sisters" (another Greg Berlanti series) alongside Dave Annable, Sally Field, Calista Flockhart, and Rachel Griffiths. The series ran for 109 episodes, and Emily appeared in more than 70 of them. 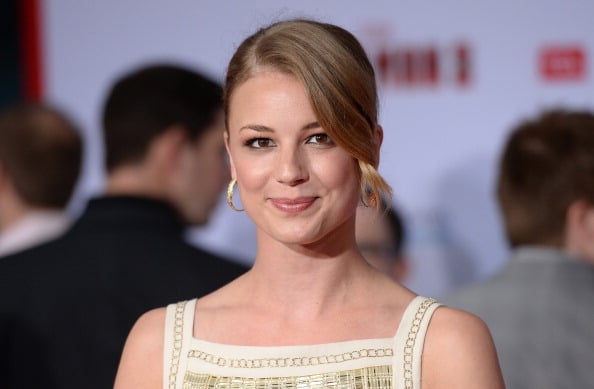 VanCamp appeared in the 2009 post-apocalyptic film "Carriers," and 2010, she starred in the drama "Norman" and played Esther in the CBC/ABC miniseries "Ben Hur." In 2011, she portrayed real-life teacher Stacey Bess in the Hallmark Hall of Fame movie "Beyond the Blackboard" and began starring as  Emily Thorne / Amanda Clarke on the ABC drama "Revenge," appearing in all 89 episodes of the series. Emily played Sharon Carter / Agent 13 in the massive hits "Captain America: The Winter Soldier" and "Captain America: Civil War," which brought in $714.4 million and $1.153 billion at the box office, respectively. She also plays Carter on the 2021 series "The Falcon and the Winter Soldier," and she voiced the character in an episode of the Disney+ series "What If…?" in September 2021. VanCamp hosted the 2014 TV special "Marvel 75 Years: From Pulp to Pop!," and she appeared on the Disney+ documentary series "Marvel Studios: Assembled" in 2021. She played the lead role in the 2015 film "The Girl in the Book" and appeared in the 2016 Canadian drama "Boundaries," and from 2018 to 2021, she starred as Nicolette "Nic" Nevin on the Fox medical drama "The Resident." Emily left the series in August 2021 ahead of the season five premiere.

Emily began a relationship with her "Revenge" co-star Josh Bowman in late 2011, and they married in the Bahamas on December 15, 2018. The couple welcomed daughter Iris in August 2021. VanCamp previously dated her "Everwood" co-star Chris Pratt, who played her brother on the show. During a 15th anniversary "Everwood" Television Critic Association (TCA) panel in 2017, Emily spoke about equal pay for women, stating, "I think since I was a kid, I always fought for equal pay, so I'm glad it's at the forefront of discussion and I think slowly we're starting to see a change." She added, "I've always been a feminist and I've always been for gender equality, and it's always been at the forefront of my mind as a teenager. It only makes sense if things are fair." 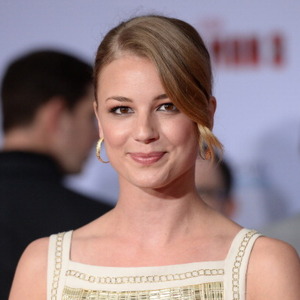