What is Emily Mortimer's Net Worth and Salary?

Emily Mortimer is a British actress, screenwriter, and director who has a net worth of $8 million. Emily Mortimer is known for her roles in such films as "Lovely and Amazing," "Match Point," "Lars and the Real Girl," "Shutter Island," "Hugo," and "Relic." On television, she starred opposite Jeff Daniels on the HBO series "The Newsroom" and co-created, co-wrote, and co-starred on the British series "Doll & Em." Among her other credits, Mortimer wrote, directed, and acted in the miniseries "The Pursuit of Love."

Emily Mortimer was born on October 6, 1971 in London, England to dramatist and barrister Sir John Mortimer and his second wife Penelope. She has a younger sister named Rosie, two older half-siblings named Sally and Jeremy, and a half-brother named Ross. For her education, Mortimer went to St Paul's Girls' School, and then to the University of Oxford. At the latter institution, she studied Russian and performed in a number of school plays.

Mortimer made her first appearances on the big screen in 1996 with roles in the historical adventure film "The Ghost and the Darkness" and the coming-of-age film "The Last of the High Kings." In the years following this, she appeared in the thriller "The Saint," the biographical drama "Elizabeth," and the romcom "Notting Hill." Mortimer had her biggest year on film yet in 2000, when she appeared in four films: the slasher sequel "Scream 3," Kenneth Branagh's musical adaptation of "Love's Labour's Lost," the fantasy dramedy "The Kid," and the animated film "The Miracle Maker," in which she voiced Mary of Nazareth. Subsequently, Mortimer appeared in "The 51st State" and "Lovely & Amazing." For her performance as aspiring actress Elizabeth Marks in the latter film, she won the Independent Spirit Award for Best Supporting Female. Mortimer was next in the 2003 films "A Foreign Affair," "The Sleeping Dictionary," "Bright Young Things," and "Young Adam."

In 2004, Mortimer starred in the drama "Dear Frankie" and lent her voice to the English-language dub of Hayao Miyazaki's animated fantasy "Howl's Moving Castle." The following year, she appeared opposite Jonathan Rhys Meyers in Woody Allen's "Match Point." Mortimer's subsequent credits included "Paris, je t'aime," "The Pink Panther," "Lars and the Real Girl," "Transsiberian," "Chaos Theory," "Redbelt," "Harry Brown," and "City Island." In 2010, she starred in the Japanese film "Leonie" and had a supporting role in Martin Scorsese's "Shutter Island." Mortimer reunited with Scorsese the next year for his adventure film "Hugo"; she also lent her voice to the animated sequel "Cars 2" and appeared in "Our Idiot Brother." Her other notable credits have included the black comedy "The Party"; the drama "The Bookshop"; the musical fantasy "Mary Poppins Returns"; the dramedies "Good Posture" and "Phil"; and the horror films "Mary" and "Relic." 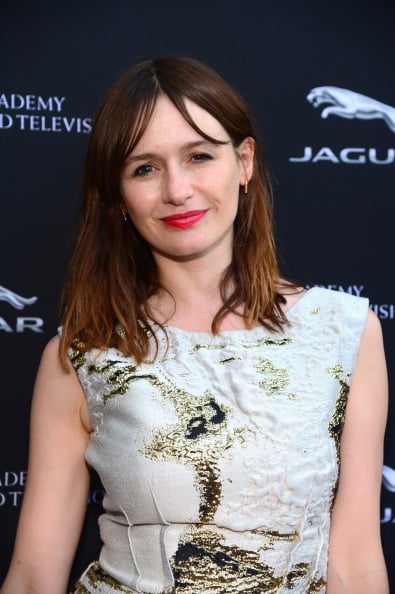 On television, Mortimer made her debut in 1994 in an episode of the British series "Under the Hammer." The same year, she was in an episode of the Australian series "Blue Heelers." Mortimer next appeared in the television film "Sharpe's Sword." Her first leading role on television came in the three-part series "The Glass Virgin," a British period drama costarring Brendan Coyle. After this, Mortimer appeared in episodes of "Screen Two," "Ruth Rendell Mysteries," "Silent Witness," and "Jack and Jeremy's Real Lives." In 1996, she was in six episodes of the BBC miniseries "No Bananas." Subsequently, Mortimer appeared in episodes of "Midsomer Murders" and "A Dance to the Music of Time," as well as in the television films "Cider with Rosie" and "Coming Home." She closed out the 90s playing the biblical Esther in the miniseries "Noah's Ark."

Mortimer returned to the small screen in 2002 to portray Diana, Princess of Wales in the BBC television film "Jeffrey Archer: The Truth." Her next television role came in 2007 when she played Phoebe, the enigmatic love interest of Alec Baldwin's character Jack Donaghy, in the last three episodes of the first season of the NBC sitcom "30 Rock." Five years after that, Mortimer began her biggest television role yet on the HBO series "The Newsroom," playing MacKenzie McHale opposite Jeff Daniels' Will McAvoy. After the show ended in 2014, Mortimer co-created the comedy series "Doll & Em" with her longtime friend Dolly Wells; the pair also wrote and starred on the series together. In 2020, Mortimer had another main role on the series "Don't Look Deeper." The year after that, she made her directorial debut with the miniseries "The Pursuit of Love," based on the eponymous Nancy Mitford novel. Mortimer also wrote the series, and appeared in the cast alongside Lily James, Emily Beecham, Dominic West, Dolly Wells, and Andrew Scott, among others.

In early 2003, Mortimer married actor Alessandro Nivola, whom she had first met on the set of Kenneth Branagh's 2000 film "Love's Labour's Lost." Together, they have two children, and reside in the Boerum Hill neighborhood of Brooklyn, New York City. For tax reasons, Mortimer is an American citizen.