How much is Emily Deschanel Worth?

Emily Deschanel Net Worth: Emily Deschanel is an American actress, television, and film producer who has a net worth of $30 million. Emily is the older sister of actress Zooey Deschanel. Emily is perhaps best known for playing the role of Dr. Temperance "Bones" Brennan in the well-known Fox series "Bones." This series ended in 2017.

Early Life: Emily Erin Deschanel was born on October 11th of 1976 in Los Angeles. She was raised in a family with close connections to Hollywood. Her father is cinematographer and director Caleb Deschanel, and her mother is actress Mary Jo Deschanel. Raised in a Roman Catholic household alongside her younger sister Zooey Deschanel, Emily attended high school in Los Angeles before attending college at Boston University. During her university years, she enrolled in the Professional Actors Training Program and graduated with a Bachelor of Fine Arts in Theater.

Career: Emily's first major role came in 1994 as she joined the cast of "It Could Happen to You." Her father was the chief cinematographer on that project. She followed up with a role in the miniseries "Rose Red" before appearing in films like "Cold Mountain," "The Alamo," and "Glory Road." By 2004, many observers stated that she was one of the most promising young actresses of her generation.

In 2005, she booked the lead role of Dr. Temperance Brennan on the Fox comedy-drama "Bones." The series is based on the real-life career of forensic anthropologist Kathy Reichs. "Bones" proved to be quite successful, running for 12 seasons before eventually ending in 2017. Deschanel was honored with a number of accolades, including a 2005 Satellite Award nomination and a 2007 Teen Choice Award nomination.

By the beginning of the third season of "Bones," Emily started working as a co-producer in addition to her acting role. By the fourth season, both she and co-star David Boreanaz had become full-on producers. She reprised her role in an episode of "Sleepy Hollow" and provided the voice for her character in the animated series "BoJack Horseman." In recent years, Deschanel is perhaps best known for her recurring role on the series "Animal Kingdom." 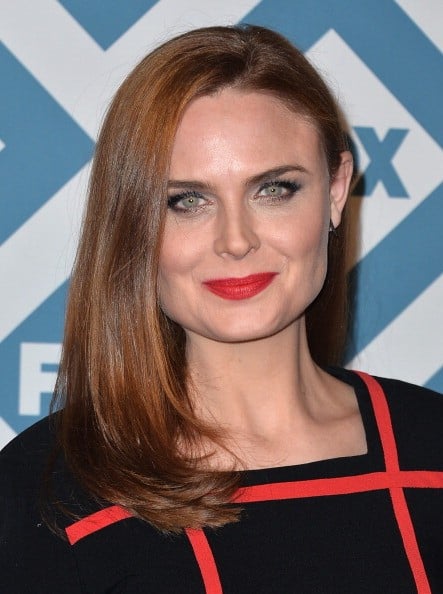 Philanthropy: Aside from her notable role in "Bones," Emily has been quite active in the world of philanthropy over the years. She teamed up with Alyson Hannigan, Jaime King, Minka Kelly, and Katharine McPhee to promote regular breast cancer screenings through a video posted on FunnyorDie.com.

She is also known for her commitment to animal welfare. A staunch vegan, Emily has stated that the vegan diet can help the environment. She has collaborated with PETA on a number of projects, including a video series that encouraged mothers to raise their children as vegans.

Personal Life: In 2010, Deschanel married David Hornsby, an actor and writer best known for his work on "It's Always Sunny in Philadelphia." In 2011, they welcomed their first child into the world. In 2015, she had a second child with Hornsby.

Legal Issues: In 2015, Emily, several of her co-stars, executive producer Barry Josephson, and Kathy Reichs filed a suit against Fox. They claimed that the network was "cheating" them out of their fair share of the profits, and they were eventually awarded $179 million in damages. However, this settlement was voided. Later in 2019, both parties came to an agreement and the plaintiffs were awarded a "significant" settlement.

Real Estate: Emily once co-owned a 1920s duplex in Hancock Park along with her sister Zooey. The sisters purchased the Spanish-style home in 2011 for $1.4 million. 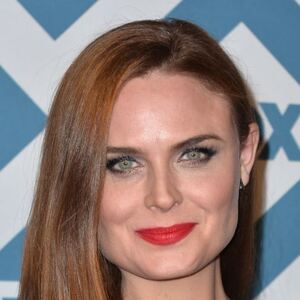