What is Emily Blunt's Net Worth and Salary?

Emily Blunt is an English actress who has a net worth of $80 million dollars. That is a combined net worth with her husband, actor John Krasinski. Their combined fortune is almost equally attributable, with John being responsible for a slightly higher share. Though, it should be noted that in recent years Emily has grown into one of the highest-paid actresses on the planet. For example, between 2019 and 2020 she earned around $22 million from her various acting endeavors.

Emily Blunt was born February 23, 1983 in Wandsworth, London, England. The second of four children, she was born to Joanna (an actress and a teacher) and barrister Oliver Blunt. She attended Hurtwood House near Dorking, Surrey, a private high school known for its performing arts curriculum. Blunt was discovered by an agent and signed while still in high school.

Blunt made her professional acting debut in 2001 in the play "The Royal Family", opposite Judi Dench. The production and her performance were hailed as strong, and she was named Best Newcomer by the Evening Standard. Blunt went on to perform as Eugenie in Nicholas Wright's "Vincent" at the Brixton National Theater. In 2002, Blunt played Juliet in a production of "Romeo and Juliet" at the Chichester Festival Theater in 2002.

In 2003, Emily made her screen debut in the British television drama "Boudica". The same year, she was praised for her performance as Queen Catherine Howard in the two-part British television drama "Henry VIII". She also appeared on shows such as "Foyle's War" and "Agatha Christie". In 2004, Blunt gained further attention and more critical acclaim for her performance as Tamsin in the British drama "My Summer of Love," based on the novel of the same name, in which she portrayed a character who had a summer fling with another woman.

Emily won her first Golden Globe Award for Best Supporting Actress in a miniseries when she starred in the British television drama "Gideon's Daughter." Directed by Stephen Poliakoff, the film debuted on British television in February 2006.

Blunt's big breakthrough role came in 2006 opposite Meryl Streep and Anne Hathaway in the box office hit "The Devil Wears Prada". Blunt played a character of the same name, Emily, the senior assistant of Runway magazine editor-in-chief Miranda Priestly (based off real-life fashion editor mogul Anna Wintour ). The film was insanely successful and grossed $326,551,094. Blunt was nominated for a BAFTA for Best Actress in a Supporting Role, as well as a Golden Globe for the same category. That year, she co-presented an award with Hathaway at the 79th Academy Awards.

2007 was a big year for Blunt. As her celebrity profile began to rise, she appeared in four films in 2007: "Wind Chill", "The Jane Austen Book Club", "Dan in Real Life", and "Charlie Wilson's War."  In 2009, Blunt portrayed Queen Victoria in "Young Victoria", which earned her another Golden Globe nomination. Later that year, she was honored with the BAFTA Britannia Award for British Artist of the Year.

Emily went on to feature in many more films, including "The Wolfman", "Gulliver's Travels", "The Adjustment Bureau", "The Muppets", "The Five-Year Engagement", and "Looper". Blunt earned her next Golden Globe nomination when she starred in "Salmon Fishing in the Yemen" in 2011, co-starring Ewan McGregor. In 2014 she starred in another blockbuster with Tom Cruise in "Edge of Tomorrow." To prepare for the physically intensive role, she trained for three months and studied Krav Maga. It is rumored that she will be reprising her role in the sequel. 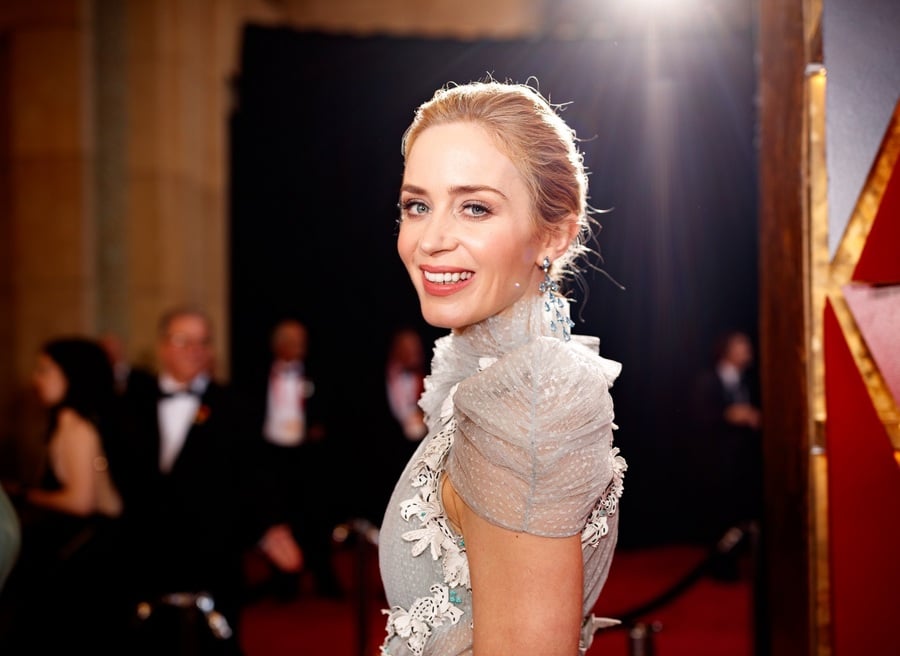 In 2014, Blunt showcased her singing talent when she starred in the film version of the Stephen Sondheim musical "Into the Woods." She co-starred with big names like Meryl Streep, Anna Kendrick, Johnny Depp, Tracey Ullman, and James Corden and received her fifth Golden Globe nomination for her work. In 2016, Blunt headlined the mystery thriller "The Girl on the Train", based on the best selling novel of the same name by Paula Hawkins. She received heaps of critical praise for her powerful performance, as well as BAFTA and SAG nominations.

In 2018, Emily starred in "A Quiet Place" in 2018. The film was directed and written by her husband John Krasinski, and he also starred in it alongside her. Neither Krasinski nor Blunt initially had any plan for Blunt to star in the film, but, upon reading the script, she persuaded John to cast her. "A Quiet Place" was met with much critical acclaim and was hugely successful financially. Later that year, Blunt played the title character in the musician fantasy film "Mary Poppins Returns." She was nominated a sixth time for a Golden Globe for her performance.

In 2020, Blunt began guest-starring on her husband's web series Some Good News. The show began streaming on YouTube during the COVID-19 pandemic. She is set to reprise her role in the horror sequel to "A Quiet Place." She is also set to star in the Irish romantic drama "Wild Mountain Thyme" opposite Jamie Dornan.

Emily had a three-year relationship with singer Michael Buble. They met in 2005 while backstage at an awards program in Australia. They later lived together in Vancouver before breaking up in 2008.

Blunt began dating actor John Krasinski in November 2008. The pair got engaged in August 2009. The couple married in July 2010 in Como, Italy and together they have two daughters, Hazel and Violet, born in 2014 and 2016. In 2012 Emily's sister Felicity married actor Stanley Tucci (with whom Emily co-starred in "The Devil Wears Prada"). Felicity and Stanley met at John and Emily's wedding.

In 2015, Blunt became a naturalized citizen of the United States. She has dual citizenship between the U.S. and the UK, citing tax reasons as well as allegiance to her home country.

In July 2016, Krasinski and Blunt sold their Hollywood Hills home to Kendall Jenner for $6.5 million, and a few months later, they moved into a pre-war townhouse in Brooklyn; they paid $6 million for the 6-bedroom townhouse and spent $300,000 on renovations before moving in. The couple sold the home for $6.5 million in 2018, and the following year, they bought an entire floor in a Brooklyn condominium for $11 million. The also previously owned a 5-acre property in Ojai, California which they sold for $2.4 million in January 2017. 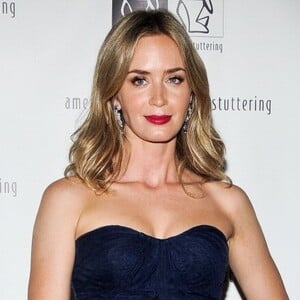