Emily Bett Rickards was born in Vancouver, British Columbia, Canada in July 1991. Rickards graduated from the Vancouver Film School. In 2013 she starred as Fourty in the TV series Soldiers of the Apocalypse. Her best known role has come starring as Felicity Smoak in the series Arrow since 2012. Rickards also played the role of Smoak in the television series Arrow: Blood Rush in 2013, in the TV series The Flash from 2014 to 2015, and in the animated TV mini-series Vixen in 2015. She has also starred in the movies Random Acts of Romance, Dakota's Summer, and Brooklyn. Rickards has been nominated for three Leo Awards, a TV Guide Award, and a Teen Choice Award. 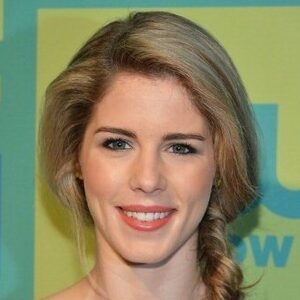