Born in Mount Eliza, Victoria, Australia, Emilie de Ravin was originally focused on a career in ballet, and began dance training when she was nine years old. She was home-schooled in order to accommodate her dance schedule, and was accepted to the Australian Ballet School when she was fifteen. She went on to dance with the Australian Ballet, and she subsequently graduated from the National Institute of Dramatic Art in Australia, as well. She began her professional on-camera career with a guest-starring role on the syndicated series, "Beastmaster". She began to gain attention in the United States when she was cast as Tess Harding in the series, "Roswell". She guest starred on various television shows throughout the early 2000s, before being cast in the role that would make her a household name, as Claire Littleton on "Lost". In addition to her work on "Lost", she has appeared in the films "Brick", "The Hills Have Eyes", and "Remember Me". She is currently appearing as Belle in the television series, "Once Upon a Time".

In July 2014, Emilie De Ravin announced she was divorcing from her husband Josh Janowicz. The two had been married since 2006. 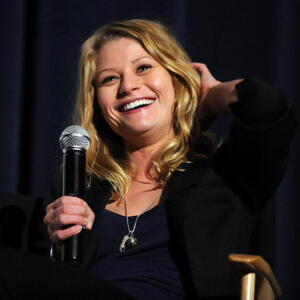