What is Emilia Clarke's Net Worth and Salary?

Emilia Clark is an English actress who has a net worth of $20 million. Clarke is most widely recognized for her Emmy-nominated work as Daenerys Targaryen on the hit series "Game of Thrones," which ran from 2011 to 2019. Emilia has also starred in several films, including "Terminator Genisys" (2015), "Solo: A Star Wars Story" (2018), and "Last Christmas" (2019). In 2019, "Time" magazine included Clarke on their list of the world's 100 most influential people.

Emilia Clarke was born Emilia Isobel Euphemia Rose Clarke on October 23, 1986, in London, England. Her father, Peter (who passed away in 2016), worked as a theatre sound engineer, and as of 2019, her mother, Jennifer, is the vice-president of marketing at a management consultancy firm. Emilia's older brother, Bennett, worked as a camera trainee on "Game of Thrones." Jennifer and Peter raised their children in Oxfordshire, and Emilia's interest in acting came at the age of 3, when she saw a production of "Show Boat." Clarke studied at Rye St Antony School and St Edward's School and appeared in school productions of "West Side Story," "The Crucible," "Macbeth," and "Twelfth Night." She graduated from the Drama Centre London in 2009.

Clarke made her television debut in 2009 with a guest-starring role on medical soap opera "Doctors," and the following year, she appeared in "Triassic Attack" on the Syfy network, was cast in "Game of Thrones," and was named a UK Star of Tomorrow by "Screen International" magazine. Emilia gained international fame for her performance as Daenerys Targaryen, "Mother of Dragons," on "Game of Thrones," earning critical acclaim and several awards. The series, which is based on a fantasy book series by George R. R. Martin, ran for 8 seasons, and Clarke appeared in 62 episodes. During her early years on the popular HBO series, Emilia appeared in the short film "Shackled" (2012), the feature films "Spike Island" (2012) and "Dom Hemingway" (2013), and a 2013 Broadway production of "Breakfast at Tiffany's" (playing Holly Golightly).

For the final two seasons of Game of Thrones, 14 episodes that aired between July 2017 and May 2019, Emilia Clarke's salary episode was $1.1 million. That works out to $14.3 million for those two seasons. That per episode salary is currently the sixth highest amount any actor has ever earned on TV show (tied with several of her GOT co-stars). For the 20 episodes she shot for seasons 5 and 6, she earned $500,000 per episode, $10 million total. Emilia's total earnings from the entire run of Game of Thrones likely top $30 million before taxes. 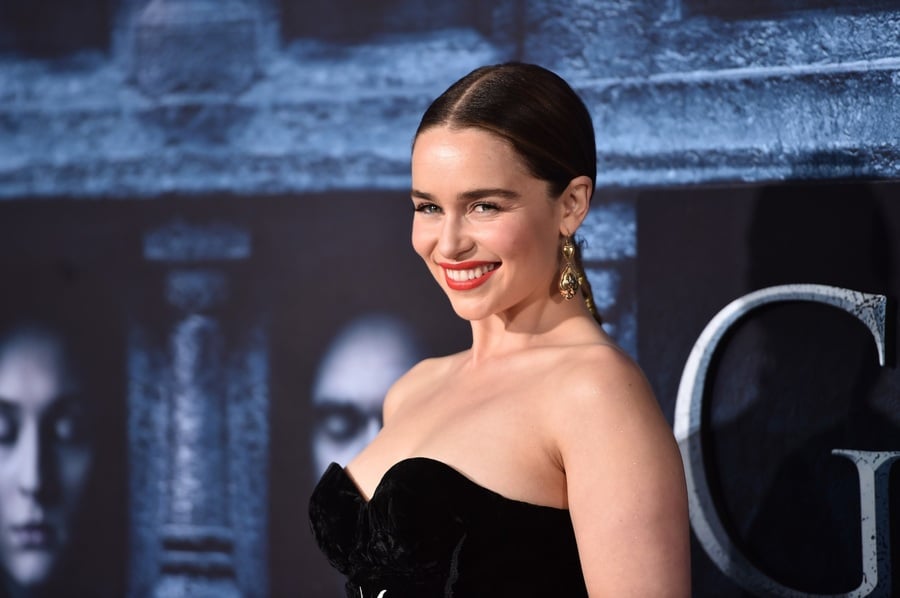 In 2011, Clarke was named a celebrity ambassador for the SMA UK Trust Team, and in 2018, she became the Royal College of Nursing's sole ambassador. In 2018, she raised $160,000 for the J/P HRO & Disaster Relief Organizations at the Sean Penn Charity Gala by auctioning off a chance for a lucky person to watch "Game of Thrones" with her. In 2019, Emilia founded the charity SameYou, which helps young people who have suffered from strokes or brain injuries; she raised more than £200,000 for the charity during a September 2019 live stream with YouTuber Jacksepticeye. She also held a "Justice for Daenerys" fundraiser after "Game of Thrones" ended, raising over £83,000 for SameYou, and in April 2020, she launched a fundraiser for the organization's COVID-19 fund, hoping to raise at least £250,000. Clarke received the American Brain Foundation's Public Leadership in Neurology award in 2020.

Emilia began a six month relationship with "Family Guy" creator Seth MacFarlane in 2012. In February 2011, Clarke underwent endovascular coiling surgery after a ruptured aneurysm caused a subarachnoid hemorrhage. After the surgery, 24-year-old Emilia (who had just finished filming season 1 of "Game of Thrones") sometimes couldn't remember her own name due to aphasia; she had another aneurysm surgery in 2013.

Emilia has earned several awards and nominations for her work on "Game of Thrones." She was nominated for Primetime Emmys in 2013, 2015, 2016, and 2019 and won a Saturn Award from the Academy of Science Fiction, Fantasy & Horror Films in 2019. "Game of Thrones" also earned Clarke a Gracie Allen Award (2012), an Online Film & Television Association award (2013), a Scream Award (2011), and an SFX Award (2013), and she shared a 2019 IGN People's Choice Award and 2020 CinEuphoria Award with her castmates. In 2018, Emilia was named British Artist of the Year at the BAFTA/LA Britannia Awards. AskMen readers voted her the most desirable woman in the world in 2014, and the following year, "Esquire" named her the Sexiest Woman Alive, and she received the "GQ" Woman of the Year Award. "FHM" magazine included Clarke on their 2015, 2016, and 2017 lists of the 100 sexiest women, and she was named one of 2017's Best Dressed Women by "Glamour."

In 2016, Emilia paid $4.64 million for a mansion in Venice Beach, California. The 2,817 square foot home features sliding glass doors, floor-to-ceiling bookcases, and a 30-foot swimming pool. Clarke put the home on the rental market for $25,000 per month in 2018. She listed this home for sale in August 2020 for just under $5 million.

In late 2016, she reportedly purchased a 6-bedroom home in the Hampstead area of London for £8 million (pounds). 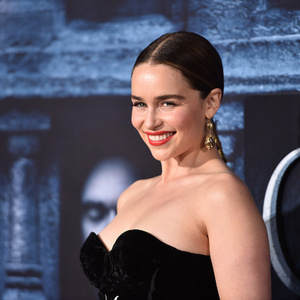