How much is Emile Hirsch Worth?

Emile Hirsch net worth: Emile Hirsch is an American film actor who has a net worth of $16 million dollars. Emile Hirsch is known for such works as Into the Wild, Lone Survivor, Milk, Prince Avalanche, The Motel Life and Once Upon a Time in Hollywood.

He was born on March 13, 1985 in Topanga, California. At age 13, he landed an acting role in the movie Gargantua and television roles on NYPD Blue and ER. His first big film was at age 17 when he shared the screen with actress Jodie Foster in the movie The Dangerous Lives of Altar Boys (2002), but his big break came when he was cast in the leading role as Chris McCandless in the 2007 film Into the Wild, directed by Sean Penn. That next year he again teamed up with Sean Penn in the movie Milk, the story of gay rights activist Harvey Milk.

Besides acting, Hirsch enjoys writing poetry, screenplays and visual arts. He has won several major awards, including Critic's Choice Award for breakthrough performance and best actor for his role in Into the Wild. He has graced the covers of magazines to include Teen Vogue, Movieline, Another Man and L'Uomo Vogue (Italy). When he appeared in Esquire magazine in 2007, he was touted as one of the "Actors of the Year" (for his role in Into the Wild), alongside heavy-hitters Denzel Washington, Cate Blanchett, Javier Bardem, Jake Gyllenhaal and Robert Downey, Jr.

On October 27, 2013, Hirsch's first child was born. Reportedly, Hirsch is not romantically linked to the mother, but intends to support the child and remain a part of his life. 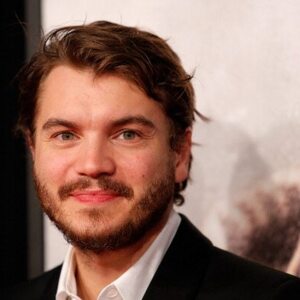