Embeth Davidtz Net Worth: Embeth Davidtz is an American actress who has a net worth of $5 million. Embeth Davidtz was born in Lafayette, Indiana in August 1965. Her best known role was as Jennifer Honey in the movie Matilda. Her parents moved to South Africa when she was nine.

Davidtz graduated from Rhodes University in Grahamstown. She acted with CAPAB in Cape Town and starred in Romeo and Juliet. Her film debut came in the movie Mutator in 1989. She made her TV debut the same year in the series Screen Two. In 2001 she starred in the TV series Citizen Baines as Ellen Baines Croland. Davidtz starred as Amy in the series In Treatment in 2008. She starred as Felicia Koons in the series Californication in 2009 and as Rebecca Pryce in Mad Men from 2009 to 2012. Embeth has starred in the movies Sweet Murder, Army of Darkness, Schindler's List, Murder in the First, The Gingerbread Man, Mansfield Park, Bicentennial Man, Bridget Jones's Diary, Thir13en Ghosts, The Emperor's Club, Fracture, The Girl with the Dragon Tattoo, The Amazing Spider-Man, Europa Report, Paranoia, and The Amazing Spider-Man 2. In 1993 she won a Chainsaw Award for Best Supporting Actress. She was also nominated for a Blockbuster Entertainment Award in 2000 for Favorite Actress – Comedy. Embeth married Jason Sloane in 2002 and has two children. She previously dated actors Harvey Keitel and Ben Chaplin. 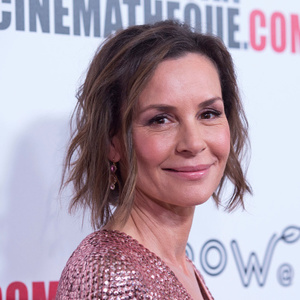