Elyes Gabel net worth: Elyes Gabel is an English actor who has a net worth of $2 million. Elyes Gabel was born in Westminster, London, England, United Kingdom in May 1983. He trained at the Oldham Theatre Workshop and the Northern Kids Theatre Company. One of his best known roles came starring as Gurpreet "Guppy" Sandhu on the television series Casualty from 2001 to 2007.

In 2009 he starred as Rob Cleaver in the TV series Waterloo Road. Gabel starred as DC Jose Rodriguez in the series Identity in 2010. He had recurring roles as Shahrouz in the TV series Psychoville in 2011 and as Rakharo in the TV series Game of Thrones from 2011 to 2012. In 2013 Gabel starred as Det. Adam Lucas in the television series Body of Proof. Since 2014 he has starred as Walter O'Brien in the series Scorpion. Gabel has also starred in the movies Boogeyman 3, Everywhere and Nowhere, World War Z, Interstellar, A Most Violent Year, and Spooks: The Greater Good. In 2012 he was nominated for a Screen Actors Guild Award for Game of Thrones. 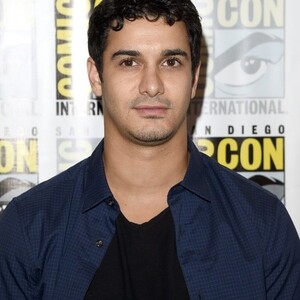