How much is Elyas M’Barek Worth?

Elyas M'Barek Net Worth: Elyas M'Barek is an Austrian actor who has a net worth of $2 million. Elyas M'Barek was born in Munich, Germany in May 1982. His first role came in the 2001 film Girls on Top. In 2004 Elyas starred in the TV series Schulmadchen as Ali Can. From 2006 to 2008 he starred as Cem Ozturk in the series Turkish for Beginners. M'Barek starred in the series Danni Lowinski as Rasoul Abbassi in 2010. From 2009 to 2011 he starred as Dr. Maurice Knechtlsdorfer in the series Doctor's Diary. He has starred in the films Epstein's Night, Wholetrain, The Wave, Morgen, ihr Luschen! Der Ausbilder-Schmidt-Film, Men in the City, Rabbit Without Ears 2, Time You Change, Devil's Kickers, What a Man, Vicky and the Treasure of the Gods, Offroad, Famous Five, Turkisch fur Anfanger, Heiter bis wolkig, The Mortal Instruments: City of Bones, Suck Me Shakespeer, Fack ju Gohte, and The Physician. M'Barek has won a Bambi Award, German Television Award, Jupiter Award, and an award for Breakthrough Performer at the Hamptons International Film Festival. 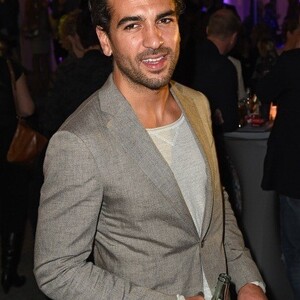